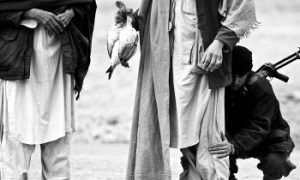 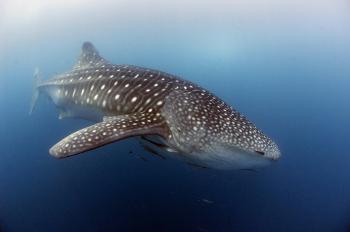 Sharks ‘Finned Alive’ to the Brink of Extinction

By Cassie Ryan
Print
SYDNEY—According to legend, Australian naturalist Steve Irwin would walk out of Chinese restaurants when he found out they served shark fin soup. Taking a stand on shark finning, however, has not stopped the practice or the dwindling numbers of sharks.

At least 35 species of open-ocean sharks and rays are currently facing extinction, according to the International Union for the Conservation of Nature’s (IUCN) Red List. Yet, in many countries, particularly in Asia, the fins are harvested in situ while the shark is still alive, with the body dumped back into the water, as the meat is worthless in comparison.

Death is rarely immediate. No longer able to swim, the shark sinks to the ocean floor and usually dies slowly due to starvation or predation by other fish.

Sharks are apex predators and therefore play a key role in maintaining the balance of oceanic ecosystems. They are particularly vulnerable to overfishing as most species are slow to mature, some taking over 10 years, and produce relatively few young.

Other causes of decline mentioned in the United National Environment Program (UNEP) include pollution, habitat destruction, and depletion of prey species. According to Courtney Sakai, senior campaign director for the International marine conservation organization Oceana, “The global shark fin trade is driving the oceans to collapse.”

Sakai believes that something must be done, and trade measures are the most direct way to ensure that powerful economic incentives to catch sharks do not cause their extinction.

With dubious health benefits symbolizing wealth and prestige, shark fin soup, originally a Chinese delicacy, is now available throughout Asia, as well as in Australia.

In Chinese culture, shark fin is regarded as an aphrodisiac and tonic, believed to strengthen the internal organs and retard ageing. Aficionados may enjoy the glutinous texture, but fins are composed of collagen, similar to human fingernails, with little nutritious value and no taste.

The soup is actually flavored by other ingredients, such as abalone and chicken stock. Furthermore, shark fins tend to contain high concentrations of methylmercury, often several times higher than the levels considered safe for human consumption, due to bioaccumulation up the food chain.

Yet with shark fin soup able to fetch over US$100 a bowl, it is no wonder that this lucrative trade is flourishing.

In February, an international convention on the Conservation of Migratory Species of Wild Animals (CMS) listed seven shark species in urgent need of international conservation. Consequently, 113 countries signed a U.N. treaty to conserve these migratory sharks, including the great white, basking, and whale sharks, and shortfin and longfin makos.

Australia is a signatory to CMS, but Environment Minister Peter Garrett is allowing continued recreational fishing of the porbeagle and makos, citing a lack of evidence that these species are under threat in Australia.

In March, CITES (Convention on International Trade in Endangered Species of Wild Fauna and Flora) considered four shark species targeted by the fin trade, including great hammerheads, which are reportedly down by 85 percent. The porbeagle and spiny dogfish were also discussed due to overfishing for meat. However, Japan countered the move, joined by China and Indonesia, resulting in only the porbeagle being listed.

Striking back, Randall Arauz, the 2010 Goldman Environment Prize winner and campaigner, says: “Shark finning is not only cruel, it is irresponsible and unsustainable fishing at its highest degree. In spite of this, it has been close to impossible to attain any international binding management and conservation measures to curtail this practice.”

Causing public outcry with a secretly recorded video of a Taiwanese ship illegally landing 30 tons of fins from an estimated 30,000 sharks in a Costa Rican port, Arauz helped ensure enforcement of local laws, which specify sharks must be landed with fins attached.

Hawaii is now poised to illegalize the possession and sale of shark fin products. Restaurants currently selling shark fin soup will be expected to dispose of existing stocks by mid-2011 when the legislation takes effect.

Similarly, last September, the Micronesian state of Palau announced a total ban on shark fishing, closely followed by the Maldives this March. Both areas are rated among the world’s top 10 scuba-diving destinations.

Conservationists are hopeful that legal landmarks such as these can finally turn the tide in favor of critically endangered shark populations.