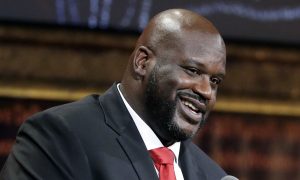 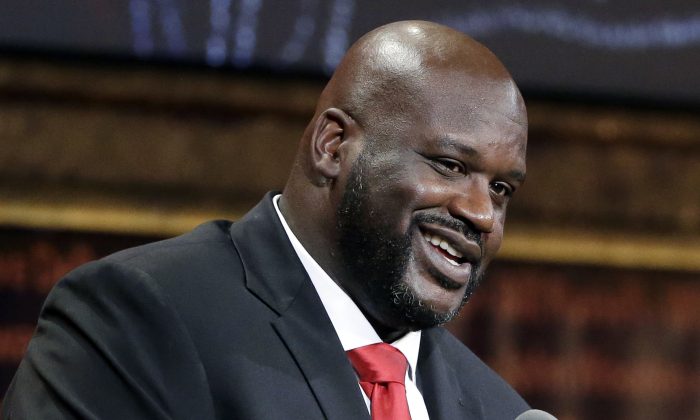 Shaquille O’Neal’s Sister Dies at Age 40 of Cancer: ‘His Heart Is Breaking Tonight’

The sister of Shaquille O’Neal, Ayesha Harrison-Jex, died at the age of 40 of cancer, said the crew at NBA on TNT.

Host Ernie Johnson said of O’Neal, “When he struggles, we struggle with him because he’s one of our brothers.”

“We have to tell you why you’re not seeing Shaquille O’Neal here on the set tonight,” Johnson also said. “Basically the ‘Big Fella,’ who I’ve described as ‘the biggest kid in the world,’ his heart is breaking tonight. He said his world revolves around his brother and two sisters. And he lost one of his sisters this morning.”

Johnson, Charles Barkley, and Kenny Smith made statements as O’Neal’s seat was vacant on the show.

Thanks for the condolences and the love. If I had older brothers, it would be you 3. Love y’all and love you more Candice.

“I’m trying to put into words the way Shaquille has reacted to this, and he’s struggling,” Johnson said. “And when he struggles, we struggle with him. Because he’s one of our brothers and we feel for him tonight.”

He added that O’Neal is in Orlando, Florida, with his family.

O’Neal confirmed the move, writing: “Thanks for the condolences and the love. If I had older brothers, it would be you 3. Love y’all and love you more Candice.”

According to People magazine, Harrison-Jex had been diagnosed with cancer three years ago. She had a bachelor’s degree and a master’s degree from Florida A&M University and was a mother to one son.

Harrison-Jex will be laid to rest in a cemetery next to O’Neal’s stepfather, Sgt. Phillip Harrison, People noted.

“He’s … the big family guy,” Smith said on the show. “We always see his kids, his family always around. One of the most difficult things about being close to someone and working with them this many years … you get to know them and their family and their friends, so you hurt so much more just as much as you have the pain, just as much as you have the joy … That’s part of being a family, experiencing the joy and the pain.”

O’Neal was named to the Basketball Hall of Fame in 2016. During his career, he won four NBA titles with the Los Angeles Lakers and Miami Heat and three Finals MVPs.