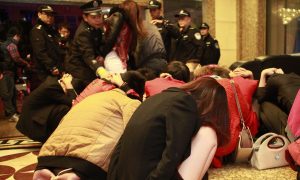 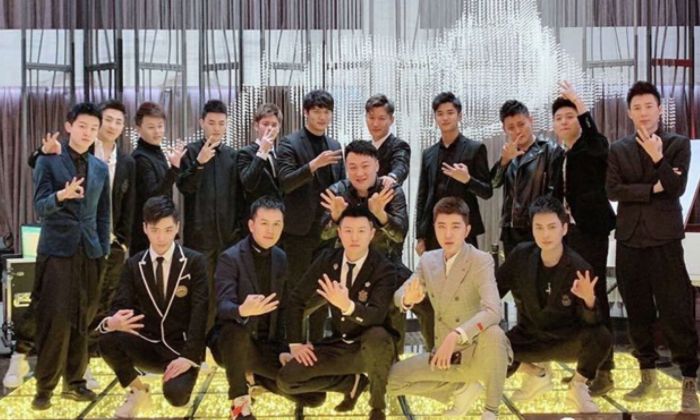 The White Horse private club, which goes by the English name Perfect Space, was revealed to be for female clients only. (Screenshot from Weibo)
China Society

A viral photo has exposed a new vice proliferating in major Chinese cities.

The photo showed a big pile of luxury gifts, along with a brand-new Audi car. The Weibo user who posted the photo said he was a male escort at the White Horse private club in Shanghai.

The gifts were from a wealthy female client, in celebration of his 28th birthday, according to the post.

Chinese netizens dug into details about the White Horse private club, which goes by the English name Perfect Space.

On its Weibo account, the club said all their employees are handsome men, including male models from Europe and North America. It is located on Shimen Road in Jing’an district, one of Shanghai’s busiest neighborhoods.

The private club was revealed to be for female clients only. The daily revenue of each VIP room is around one million yuan ($148,000), while tips to their male escorts can reach 10,000 yuan per client, according to one of the club’s recruitment ads posted on Weibo.

The male escort’s Weibo post was soon removed, but the photo of the gifts were reposted by different social media.

Several hours later, a video spread on social media, claiming to show the aforementioned male escort being beaten by the husband of the female client who gifted the expensive presents.

According to the video post, the husband was extremely angry when he found out that his wife had used his money to buy gifts for the male escort at White Horse club. The husband then hired thugs to break the escort’s leg.

Because the video was soon deleted, these details could not be independently verified.

Chinese state-run newspaper Beijing Youth Daily interviewed several employees of the White Horse club to investigate the matter. The staff said it’s common that the club’s male escorts receive luxury gifts from their clients. But no staff would confirm that the video is real. They said some of the male escort employees were detained by police.

Some netizens suspected that the club was in fact a brothel where clients could pay for sex. Prostitution is illegal in China.

On Jan. 26, the White Horse club closed, according to Chinese media reports. Shanghai police told the public that the club was closed for an investigation.

On Jan. 27, a Weibo account belonging to the user “Bai Xiaosheng” posted a video showing a roomful of men gathered inside the club on June 21, 2018, as they were preparing for the work day.

Bai alleged in his post that the club’s parent company, Noah’s Ark Group, actually runs several brothels across China, including the cities of Chongqing, Shenzhen, and Fuzhou.

On the official website of Noah’s Ark Group, which describes itself as an operator of bars, nightclubs, karaoke lounges, and other entertainment venues, there are promotional articles about its employees, who are shown in photos scantily clad: shirtless men and women in short skirts.

“Manzu Yongshi,” a well-known Chinese blogger who often writes about current affairs in China, published an article on Jan. 27 about the prostitution business in China.

“First, prostitutes appeared in the early 1990s, who served Hong Kong businessmen and Taiwan businessmen in Dongguan and Zhongshan cities,” he wrote, referring to southern Chinese cities that were among the first in China to enjoy prosperity following the central authorities’ economic reform policies.