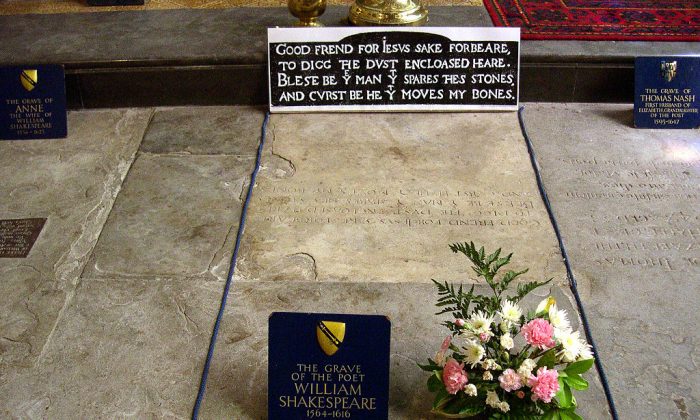 Playwright William Shakespeare left a curse on his gravestone when he died in 1616 warning against tampering with his infinite rest: “Good friend for Jesus’ sake forbear, to dig the dust enclosed here. Blessed be the man that spares these stones, and cursed be he that moves my bones.” (This has been rendered in modern English for ease of reading, the spelling is different on the original stone.)

Holy Trinity Church has granted documentary filmmakers permission to probe the grave with radars, reports the Telegraph. The probe has already taken place, but the results will not be released until later this spring.

Do radar probes count as “digging the dust”? For those who may be daunted by a dead man’s curse, the radar scan could be considered a loophole.

Interest around Shakespeare’s life and death has increased as part of commemorations for the 400th anniversary of his death this year.