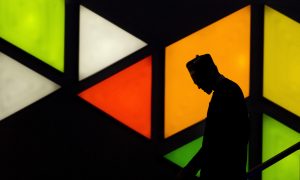 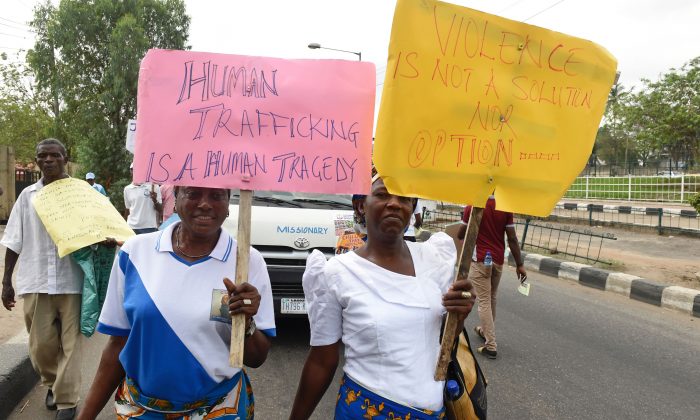 LAGOS, Nigeria—As many as 20,000 women and girls are feared to have been trafficked from Nigeria to Mali, where they are stranded after being forced into prostitution, the head of Nigeria’s anti-trafficking agency said Jan. 22.

Julie Okah-Donli, director general of the National Agency for the Prohibition of Trafficking in Persons (NAPTIP), said a fact-finding team from NAPTIP and the International Organization for Migration (IOM) uncovered the extent of the trafficking during a visit to southern Mali last month.

Dozens of women and girls were repatriated from the Kangaba area of southern Mali in the preceding months. The team, which went to the area to investigate, found hundreds more being held there, Okah-Donli said in a telephone interview.

“They were reliably informed by the locals that they had over 200 such places scattered around the southern part of Mali. In each of the shacks where they held them, they had 100 to 150 girls in the area. That is how we came to the figure” of at least 20,000 being held, she said.

The women and girls, most aged 16 to 30, had been told they would be taken to Malaysia to work in hospitality, but instead were forced into prostitution.

“They are held in horrible, slave-like conditions,” said Okah-Donli. “They can’t escape because they are kept in remote locations, like deep in forests.”

Thousands of women and girls are taken from Africa’s most populous country each year, where 70 percent of the 190 million inhabitants live on less than $2 a day. A large proportion of them arrive in Europe but others are transported to other parts of West Africa.

Okah-Donli said her agency had teamed up with IOM, which arranged the repatriation of 41 women and girls from Mali in December and was working on returning others home. They come mostly from states in southern Nigeria, including Delta, Rivers, Bayelsa, Anambra, and Edo.

Others are also thought to be trafficked to other West African countries, including Ghana, Burkina Faso, and Ivory Coast, said Okah-Donli.