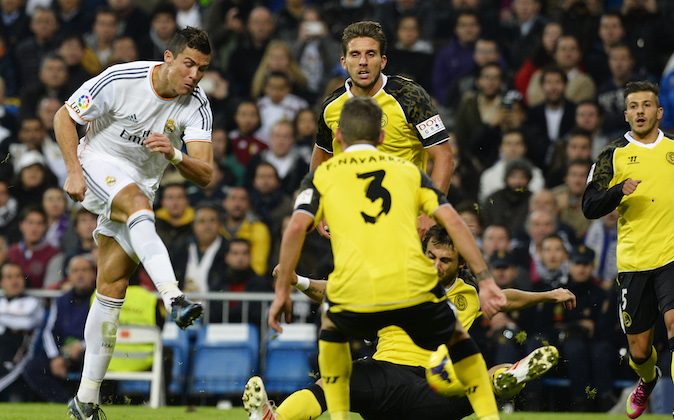 Cristiano Ronaldo made no attempt to hide his feelings after the 4-3 loss to Barcelona saw Madrid concede two contentious penalties.

“Madrid is the biggest club in the world and that creates a lot of jealousy in people, and they don’t want us to win the league,” Ronaldo said. “The referee wasn’t adequate for a game like this one. He couldn’t make the correct decisions, he was nervous.”

The pulsating pace produced a number of incidents in the emotional contest, with Cesc Fabregas and Pepe squaring up to each other and Barcelona midfielder Sergio Busquets subsequently dragging his boot over Pepe’s head as he lay on the ground.

Sergio Ramos, who also complained of referee bias, will miss Wednesday’s match at Sevilla after being red-carded against Barcelona.

Former Real Madrid coach Jose Mourinho would have no doubt taken advantage of the team’s loss to highlight all the decisions — especially referee’s — that went against Madrid, which finished with 10 men.

Not current coach Carlo Ancelotti, who tried to defuse the circus surrounding the contentious actions.

“You could say some of the decisions penalized us, but it doesn’t change anything,” Ancelotti said. “We just have to stay focused now. We need an immediate reaction.”