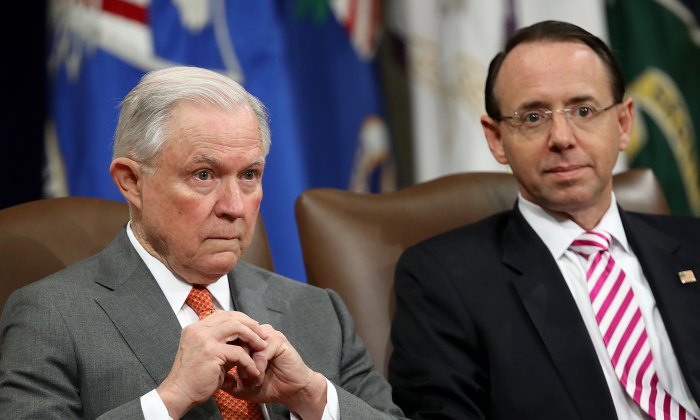 The task force will work to uphold the guidance on religious liberty Sessions issued in October last year on cases brought and defended by the Justice Department, arguments government lawyers make in court, and on policies and regulations adopted by various components of the sprawling executive branch.

The formation of the task force affirms that Sessions is serious about implementing the guidance he issued last year after a request by President Donald Trump. In remarks at the Justice Department, Sessions described the task force as a long-overdue intervention against the erosion of religious freedom in the United States.

“A dangerous movement, undetected by many, is now challenging and eroding our great tradition of religious freedom. There can be no doubt. This is no little matter. It must be confronted and defeated,” Sessions said.

The attorney general gave several examples of this movement, including the case of the Little Sisters of the Poor, a group of elderly nuns who were mandated to buy an insurance plan that covered free contraceptives. Sessions also brought up a recent confirmation hearing where a Senator pressed a judicial nominee on her religious beliefs despite the Constitution explicitly prohibiting the use of a religious test for public office.

“In short, we have not only the freedom to worship—but the right to exercise our faith,” he added. “The Constitution’s protections don’t end at the parish parking lot nor can our freedoms be confined to our basements.”

Sessions believes that Trump won in part because he assured people of faith that he understood them and would protect their rights.

Since Trump took office, the Department of Justice has been chipping away at the legacy left behind by the previous administration. The department settled 24 civil cases with 90 plaintiffs connected to the Obama administration’s interpretation of the contraceptive mandate in cases with religious employers who have faith-based objections. During the same period, the department obtained 11 indictments in cases of attacks on houses of worship and 12 indictments in attacks or threats against people because of their religion.

In June, a district court in Colorado issued a permanent injunction in the case of the Little Sisters of the Poor.

Federal prosecutors have also been going after locales which refuse to sell land to religious groups. In June, the department sued a New Jersey town which refused for eight years to sell land to an orthodox Jewish congregation. The DOJ also filed a brief in Maryland case where a Hindu temple claims to have suffered discrimination in its attempt to buy land.