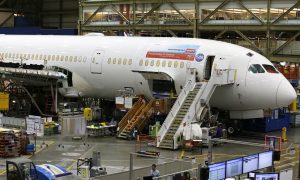 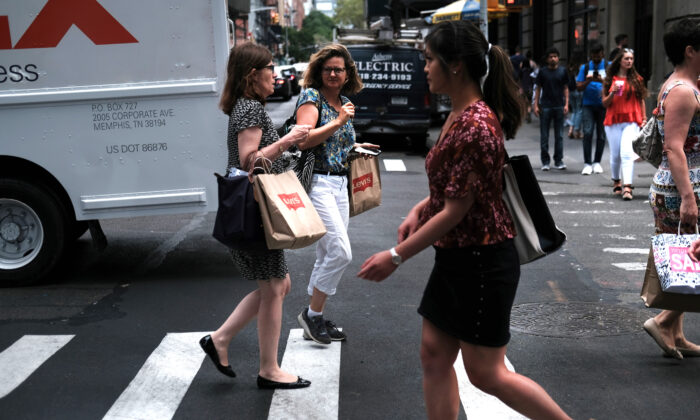 U.S. services industry activity picked up in September, exceeding a level that prevailed before the COVID-19 lockdowns dealt the economy a colossal blow, with employment in services finally rounding the bend into expansion territory after six consecutive months in contraction.

The Institute for Supply Management (ISM) said on Oct. 5 that its non-manufacturing activity index rose to a reading of 57.8 last month from 56.9 in August. In February, before businesses were shuttered and lockdowns imposed to curb the spread of the CCP (Chinese Communist Party) virus, that index stood at 57.3. A reading above 50 indicates growth in the services industry, which accounts for more than two-thirds of U.S. economic activity.

The improvement in services sector activity fits in with expectations for a record rebound in economic growth in the third quarter after the April–July period saw U.S. gross domestic product (GDP) plummet by a historic 31.4 percent, in annualized terms.

The employment index, which is one of the components of the ISM survey, saw a notable trend reversal. With a reading of 47.9, August marked the sixth straight month in which the index was in contraction territory, while in September, it jumped by 3.9 percentage points to 51.8.

“Work orders are improving rapidly. Lack of available labor is having a significant impact on our ability to fulfill orders,” a construction executive said in the survey.

The government reported on Oct. 2 that the economy added 661,000 jobs in September. So far, the economy has recovered roughly half of the 22 million jobs lost due to lockdowns and other measures in response to the outbreak.

The highest index in September’s ISM survey was the Business Activity series, which registered 63 percent for the month, up by 0.6 percentage points from August and the fourth consecutive month of growth.

“Resuming projects placed on hold due to COVID-19,” was one of the executives’ comments in this regard.

The New Orders index also shot up to 61.5 in September from 56.8 in August, the fourth straight month in expansion.

“Customer confidence creeping back as a belief in the end, or perhaps taming, of COVID-19 increases; however, it comes with a high degree of caution regarding uncertainty in the marketplace and a reluctance to commit. Exploratory conversations are increasing, but hard orders are not,” an executive in the professional, scientific, and technical services sector said.

Record economic growth is predicted in the third quarter, buoyed by fiscal stimulus and the resumption of many business operations, but with factors such as uncertainty around another rescue package and a possible spike in infections in the fall, GDP estimates for the fourth quarter have been reduced.