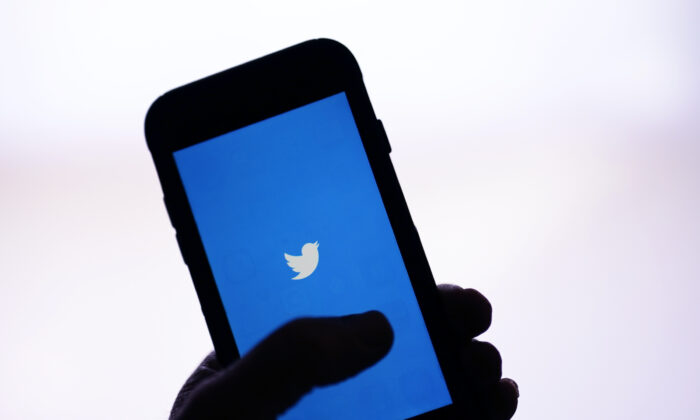 The Twitter application is seen on a digital device in San Diego, on April 25, 2022. (Gregory Bull/AP Photo)
Europe

Serbian Officials Say Twitter Suspended Accounts of 7 Embassies, Consulate in US ‘Without Explanation’

Twitter has allegedly suspended the accounts of seven Serbian embassies and a consulate in the United States, officials said on Monday, calling the move “unacceptable.”

Serbia’s foreign ministry said in a statement that the accounts of the embassies of the Republic of Serbia in Armenia, Iran, Indonesia, Nigeria, Zimbabwe, Ghana, and Kuwait, as well as the Consulate General in Chicago, were suspended on Aug. 18 “without any explanation or previous message indicating possible violations of the rules of communication on that social network.”

The suspension also hit the Consulate General in Chicago, the office said, adding that it has contacted Twitter to ask the social media platform to unblock the accounts of the country’s diplomatic and consular representation offices.

“Without meddling with the business policy of the Twitter company, we would like to emphasize that it is inadmissible for the diplomatic representation offices of a democratic state that is not exposed to any sanctions to be censored in this manner, especially if you take into account that some of the abovementioned accounts were recently set up and were not active, and the rest did not contain any content that could be described as inappropriate,” the foreign ministry said.

“The Republic of Serbia is a country the strategic commitment of which is membership in the European Union, and we are harmonizing our political and democratic standards, including media freedom, with the highest European standards,” the statement added. “For this reason, it is absurd to have a number of our diplomatic and consular representation offices censored on a social network that boasts of promoting democracy and pluralism of opinion.”

The latest mass blocking of accounts comes shortly after the Twitter accounts of 13 MPs from the ruling Progressive Party, as well as that of Arnaud Gouillon, director of the Directorate for Cooperation with the Diaspora and Serbs in the Region, were blocked without explanation. His account has since been restored.

Serbia’s foreign ministry said it hopes the account bans of its diplomatic and consular representation offices are “not an attempt to prevent and silence Serbia in the fight for the truth, primarily about the situation in Kosovo and Metohija.”

A Twitter spokesperson said in a statement to Radio Free Europe/Radio Liberty on Aug. 19, “In this instance, we took enforcement action on a number of accounts in error and these have been reinstated.”

“It is our top priority to protect the health of the conversation on Twitter. We continue to enforce our rules judiciously and impartially for all accounts that engage in behaviors that violate the Twitter Rules in line with our range of enforcement options,” the spokesperson added.

Serbian President Aleksandar Vucic met with Kosovo Albanian authorities in Brussels on the day of the account suspensions for EU-mediated talks, according to reports.

Tensions between Serbia and Kosovo have been reignited in recent weeks following a new law issued by the Kosovo government making it mandatory for everyone, including Serbs living in Kosovo, to have a Kosovo ID card and license plate issued in Pristina.

Kosovo is a former province of Serbia, which has, along with its allies Russia and China, refused to recognize the country’s 2008 declaration of independence.

It is recognized by more than 100 countries, including the United States, UK, France, and Germany.

This is not the first time that Twitter, which has come under fire for its attempts to censor and suppress free speech, has clamped down on accounts in Serbia.

In April 2020, Twitter took down nearly 8,558 accounts that it said were engaged in “inauthentic coordinated activity” and “working to promote Serbia’s ruling party,” the Serbian Progressive Party, and President Vucic, thus violating its policy on manipulation and spam.

In August 2021, the social media platform labeled a number of accounts belonging to pro-government media in Serbia as state-affiliated media.

Twitter defines state-affiliated media as “outlets where the state exercises control over editorial content through financial resources, direct or indirect political pressures, and/or control over production and distribution.”