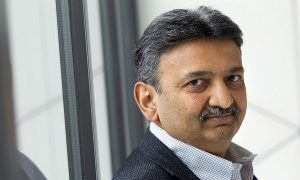 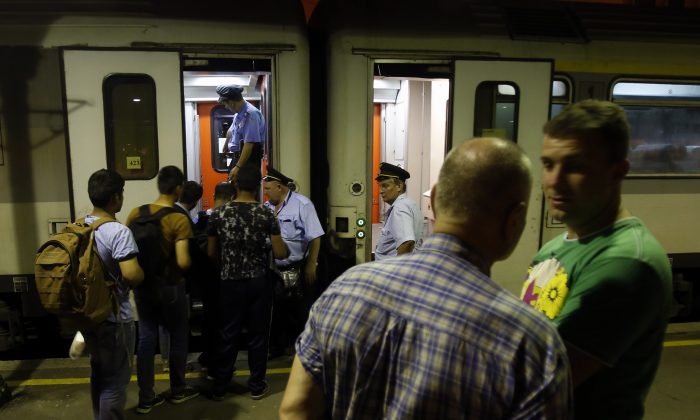 In this photo taken Tuesday, June 2, 2015, migrants getting on the train for Northern Serbian town of Subotica, near the Hungarian border, in Belgrade, Serbia. (AP Photo/Darko Vojinovic)
Europe

BELGRADE, Serbia—Hungary’s plans to build a fence along the border with Serbia to stop a flow of migrants reaching the country were met with criticism both in the Balkans and the European Union on Thursday, with the Serbian prime minister saying he was “shocked and surprised” by the project that could isolate his country.

Aleksandar Vucic said “walls and fences” are not a solution for the crisis that has seen tens of thousands of migrants from the Middle East and Africa crossing the western Balkans, trying to reach the European Union as they flee wars and poverty in their home countries.

The prospect of a barrier leaves a bitter taste in Serbia whose leadership is keen to become part of the EU rather than be cut off from it.

“We don’t want to live in an Auschwitz,” Vucic said, referring to the Nazi-run World War II concentration camp.

He told state TV that Serbia must not be blamed for the refugee crisis, because it is only a transit country on the migrants’ route from EU countries like Greece and Bulgaria.

“We don’t know what this is all about,” Vucic said, adding that he will discuss the fence plans with Hungary and EU officials. “We are not guilty and all of a sudden a wall is to be built.”

The EU “does not promote the use of fences and encourages member states to use alternative measures,” she said. “We have only recently taken down walls in Europe; we should not be putting them up.”

What has become known as “the Western Balkans route” is seeing a dramatic increase in refugees and migrants, mostly from Syria, Afghanistan and Iraq. Some are registering for asylum in the Balkans when they get caught, others are heading onward.

So far this year, more than 53,000 people have requested asylum in Hungary, up from under 43,000 in 2014 and 2,150 in 2012. If they reach Hungary and are not caught, most migrants use the privilege of open borders and head to richer European states like Austria, Germany, Switzerland or the Scandinavian countries.