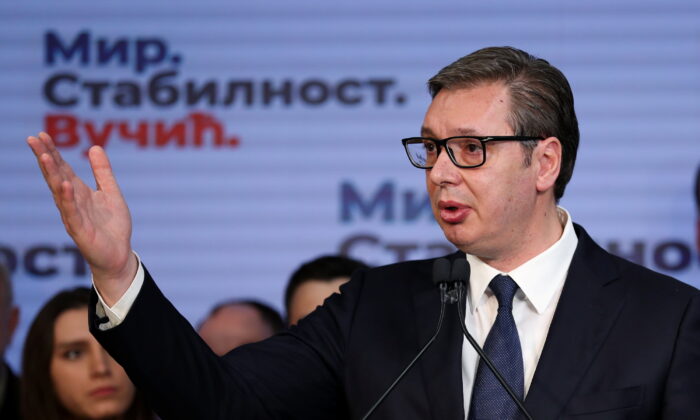 Serbian President and presidential candidate Aleksandar Vucic speaks after the results of the presidential election, in Belgrade, Serbia, on April 3, 2022. (Antonio Bronic/Reuters)
Europe

“I can not speak about the price now, all details will be agreed with Gazprom,” Vucic told reporters. Vucic said that he had agreed with Putin that the price of gas would be linked to the oil price, but did not elaborate.

Serbia’s 10-year gas supply contract with Gazprom expires on May 31.

Vucic also said that he had discussed with Putin expansion of gas storage space in the Balkan country.

“Putin said to call him if I feel there is anything more to be discussed,” said Vucic, Putin’s closest ally in Europe.

Serbia, which aims to join the European Union, has come under pressure recently from Western countries to align its foreign policy with the bloc and impose sanctions on Russia.