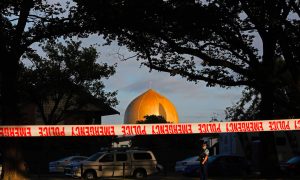 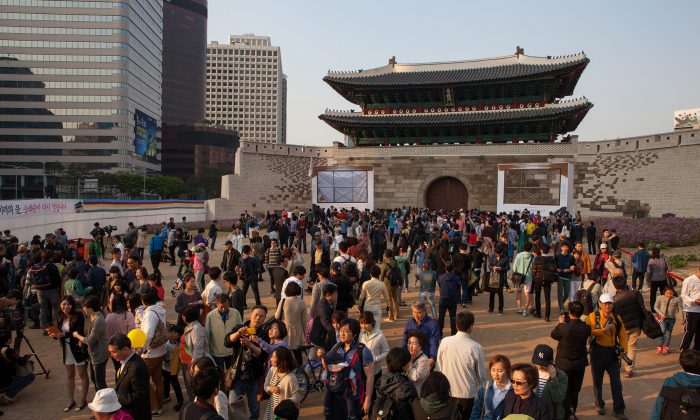 Namdaemun Gate in Seoul, also known as Sungneymun, was officially opened to the public on Saturday May 4th after 5 years of repair work. (Jarrod Hall/The Epoch Times)
Asia & Pacific

On Saturday, South Korea celebrated the re-opening of Namdaemun, Seoul’s 600 year-old southern gate, five years after it was severely damaged by fire. Namdaemun (also known as Sungnyemun) is recognized officially in South Korea as National Treasure No. 1 and until 2008 it was the oldest wooden building in Seoul. It was nearly destroyed in 2008 when an elderly man set fire to it in protest against government policies.

Painstaking restoration work began in 2010 and cost an estimated 4.7 billion won or US$22 million.

The gate was reopened by South Korean president, Park Geun-hye. “The revival of Sungnyemun means more than the restoration of a cultural asset, ” she said in her speech. “I believe it will restore the pride of our people and open up new hope and the door for a new era.”

Thousands of people attended the celebrations centered around the gate itself and were spread throughout the inner-city. They included concerts and parades featuring traditional music, drumming, dancing and acrobatics; and a multicultural parade and food festival.

Namdaemun was first constructed in 1395 and rebuilt in 1447 during the Joseon Dynasty.