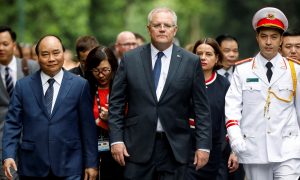 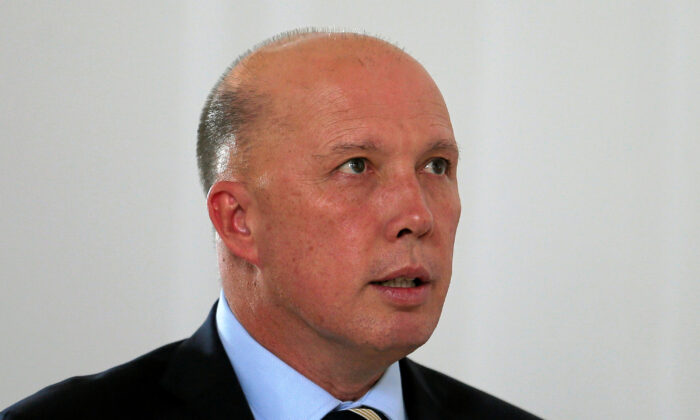 SYDNEY—A senior Australian government minister said on Oct. 11 China was behaving in a way that was inconsistent with Australian values by targeting political parties and universities in Australia, drawing a sharp rebuke from China’s embassy.

Relations between the important trading partners have deteriorated in recent years amid accusations that China is meddling in Australian domestic affairs and Australian fears that China is seeking undue influence in the Pacific region.

Australian lawmakers had sought to improve the relationship by refraining from public criticism of China but Peter Dutton, the minister for home affairs, said Australia would not be silent despite their commercial relations.

“We have a very important trading relationship with China—incredibly important,” Dutton told reporters in Canberra.

Reuters reported this month that Australian intelligence had determined China was responsible for a cyber-attack on the national parliament and three largest political parties before a general election in May, according to five people with direct knowledge of the matter.

The attack on Australia’s parliament and political parties came as hackers were also targeting its most prestigious university, an official report by the Australian National University (ANU) showed, which stoked fears that China could influence research and students.

Foreign students are worth about A$35 billion a year to the Australian economy, with Chinese students accounting for about a third of that figure.

As a result, Australian universities will now be required to work with security agencies to ensure they guard against undue foreign interference.