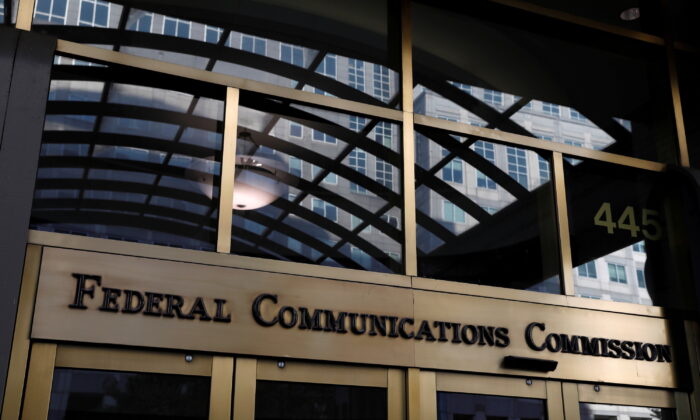 Signage is seen at the headquarters of the Federal Communications Commission in Washington on Aug. 29, 2020. (Andrew Kelly/Reuters)
US News

The previously unreported letter, led by Sen. Ron Wyden (D-Ore.) and also signed by Sens. Dick Durbin (D-Ill.), Richard Blumenthal (D-Conn.), Chris Van Hollen (D-Md.), and Ed Markey (D-Mass.) said it is widespread among small rural carriers “to outsource the installation and ongoing administration of networking technology to managed service providers, some of which are based in foreign countries.”

The FCC has taken action in recent years to address concerns raised by U.S. telecommunications firms using hardware made by companies like China’s Huawei and ZTE Corp.

The Democratic lawmakers said the FCC should work with U.S. intelligence agencies “to identify high-risk foreign managed service providers that pose a threat to Americans’ privacy and U.S. national security and prohibit U.S. wireless carriers from outsourcing the administration of their networks to these high-risk foreign firms.”

The FCC did not immediately comment but Rosenworcel said in June “we need to think about security in everything we do in our connected world.”

The letter added, “there are currently no registration requirements for foreign managed service providers.”

In 2020, the FCC designated Huawei and ZTE as national security threats to communications networks—a declaration that barred U.S. firms from tapping an $8.3 billion government fund to purchase equipment from the companies.

Last month, the FCC said it would open starting Oct. 29 a $1.9 billion program to reimburse mostly rural U.S. telecom carriers for removing network equipment made by Chinese companies like Huawei and ZTE.