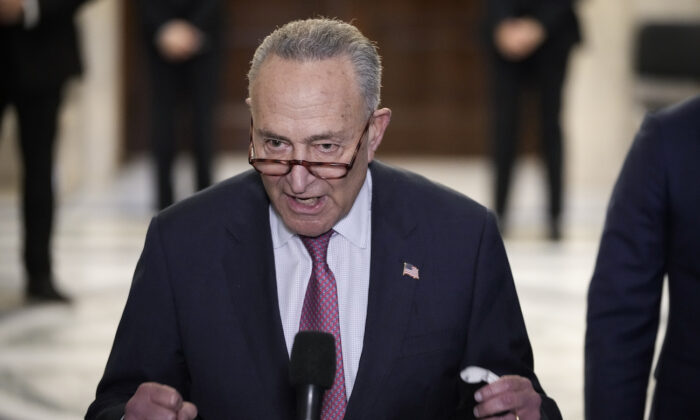 The $10 billion will be allocated to the Department of Health and Human Services, of which $9.2 billion will go to the Biomedical Advanced Research and Development Authority (BARDA).

At least $5 billion of the $9.2 billion funding has been earmarked to research, develop, manufacture and purchase, and administer COVID-19 therapeutics, and at least $750 million is being set aside for research and clinical trials into emerging variants of the virus and to expand vaccine manufacturing capacity if needed.

For example, the new bill will withdraw $500 million from a fund to support colleges and universities during COVID-19, $2,3 billion that was made available to the Department of Transportation, as well as nearly $1 billion from a fund for tribal governments.

The agreed funding is less than half the $22.5 billion that President Joe Biden proposed and does not include money to support the administration’s efforts to combat the virus around the world.

Schumer, who has been leading negotiations on the legislation for Democrats, said he was disappointed that the agreement does not include the $5 billion for global health funding.

“This $10 billion COVID package will give the federal government—and our citizens—the tools we need to continue our economic recovery, keep schools open and keep American families safe,” Schumer said.

“But while this emergency injection of additional funding is absolutely necessary, it is well short of what is truly needed to keep us safe from the COVID-19 virus over the long-term.”

The Democrat said he intends to work to include that in separate legislation later this year.

“We are all more vulnerable to a major breakthrough variant if we do not support the numerous other countries with lower vaccination rates and fewer resources than the United States,” he said, while noting that Moscow’s invasion of Ukraine has also drastically exacerbated food insecurity around the globe.

Schumer said that Democrats and Republicans plan to pursue an agreement on international aid later this spring.

Biden supports the package and “has asked the Senate and House to act quickly to get this bill to his desk,” Schumer said.

Sen. Mitt Romney (R-Utah), who also helped negotiate the bill, said that, “from the beginning, Senate Republicans have insisted that any new requests from the administration for COVID funding be paid for by repurposing existing funds from the nearly $6 trillion in COVID legislation that the Senate has already passed.”

He added that the agreement reached on Monday, “does just that by repurposing $10 billion to provide needed domestic COVID health response tools.”

Romney noted that the roughly $5 billion set aside for the development and purchase of therapeutics could potentially remove the need for future vaccine and mask mandates.

The GOP senator also stressed that the legislation will “not cost the American people a single additional dollar” due to it being comprised of dollar-for-dollar offsets from spending already passed by Congress.

White House press secretary Jen Psaki earlier on Monday urged Congress to pass the $10 billion in funding, despite acknowledging that isn’t as much as the administration has initially hoped for.

“Every dollar we requested is essential and we will continue to work with Congress to get all of the funding we need. But time is of the essence,” Psaki said. “We urge Congress to move promptly on this $10 billion package because it can begin to fund the most immediate needs, as we currently run the risk of not having some critical tools like treatments and tests starting in May and June.”