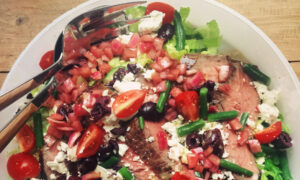 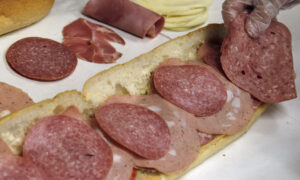 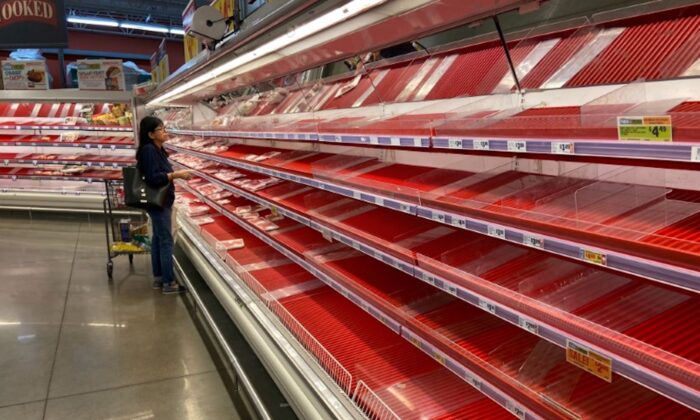 A shopper picks over the few items remaining in the meat section, as people stock up on supplies amid CCP virus fears, at a grocery store in Austin, Texas, on March 13, 2020. (Brad Brooks/File Photo/Reuters)
Economy

CHICAGO—U.S. senators are calling for investigations of record profit margins for beef processors like Tyson Foods and Cargill, after ranchers complained surging meat prices due to CCP virus hoarding did not translate into higher cattle prices.

Futures prices for cattle have tumbled during the outbreak, worrying farmers as the U.S. economy heads into a downturn and fueling questions about whether the market run by CME Group is an effective tool for risk management.

Sen. Chuck Grassley (R-Iowa) wrote on Twitter that U.S. Department of Agriculture (USDA), Department of Justice (DOJ), and Commodity Futures Trading Commission (CFTC) probes may be needed to determine why ranchers did not benefit from soaring meat demand.

Processors’ margins leapt to more than $600 per head of cattle last week, HedgersEdge.com said. But cattle producers are operating at a net loss, four U.S. senators from South Dakota, North Dakota, and Montana told the Justice Department in a letter that called for a price-fixing investigation.

Cargill said it is a committed buyer in the cash market for cattle, which was less impacted than futures. Tyson said it wants cattle producers to succeed and paid them a premium last week.

“This is an uncertain and unprecedented time, where food service beef demand has come to an immediate and virtual standstill, while retail demand has increased,” Tyson said.

The USDA said it was working with CFTC to ensure transparency and integrity in agricultural markets.

Live cattle futures dropped 3.5 percent on the Chicago Mercantile Exchange over the last three weeks amid worries the virus would shut slaughterhouses, while prices for beef that meat companies ship to wholesale buyers jumped about 20 percent.

Futures sank as managed funds liquidated long positions, or bets prices will rise, said Cassie Fish, a beef expert who formerly worked for Tyson. It was the market’s biggest event-driven decline in more than 45 years, she said.

“They decided to get out,” Fish said. “It was like a stampede.”

Farmers and processors use futures to offset the risk of producing meat, and futures are intended to reflect the underlying cash market. April cattle futures ended last week at a record $18 to $19 under the cash market, according to consultancy AgResource.

CME Group said it is committed to improving its livestock markets.