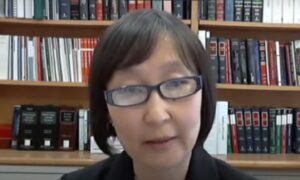 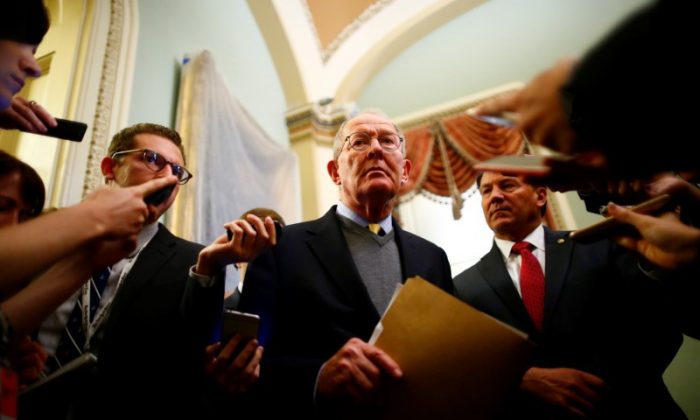 WASHINGTON—Two U.S. senators on Tuesday announced a bipartisan breakthrough to shore up Obamacare for two years by reviving federal subsidies for health insurers that President Donald Trump planned to scrap, and the president voiced support for the deal.

The agreement worked out by Republican Sen. Lamar Alexander and Democratic Sen. Patty Murray would meet some Democratic objectives, including a revival of the subsidies for Obamacare and restoring $106 million in funding for a federal program that helps people enroll in insurance plans.

In exchange, Republicans would get more flexibility for states to offer a wider variety of health insurance plans while maintaining the requirement that sick and healthy people be charged the same rates for coverage.

Trump hoped to make good on his campaign promise to dismantle Obamacare when he took office in January, with Republicans, who pledged for seven years to scrap the law, controlling Congress. But he has been frustrated with their failure to pass legislation to repeal and replace it and is now backing a plan that could keep Obamacare in place at least until the 2020 presidential campaign starts heating up.

The law, formally known as the Affordable Care Act, extended health insurance coverage to 20 million Americans, but Republicans say it is intrusive and ineffective.

“This takes care of the next two years. After that, we can have a full-fledged debate on where we go long-term on healthcare,” Alexander said.

It is unclear whether the agreement can make it through Congress.

Chuck Schumer, the top Senate Democrat, said it had “broad support” among senators in his party, but it was harder to gauge possible support among Republicans.

Sen. Bernie Sanders, an independent who ran for the Democratic presidential nomination in 2016, threw his weight behind the effort. In an interview with Reuters, Sanders said Alexander was a “well-respected figure” known for bipartisanship and that the Tennessee senator’s reputation would help propel the legislation through the Senate.

Schumer urged Senate Majority Leader Mitch McConnell to bring the plan to a vote on the Senate floor and urged the House of Representatives to take it up then as quickly as possible so Trump can sign it.

Trump said on Tuesday the 2010 law was a “disaster” and “virtually dead.” But he indicated he could get behind the Alexander-Murray plan.

“It is a short-term solution so that we don’t have this very dangerous little period—including dangerous period for insurance companies, by the way,” Trump told a news conference with Greek Prime Minister Alexis Tsipras.

Trump added that once Congress completes work on his proposed tax overhaul, he wants lawmakers to again take up broader legislation that failed in the Senate last month that would divvy up federal healthcare money as block grants to states.

Despite backing the deal, Trump repeated his criticism that the subsidies amounted to a giveaway by the federal government that had enriched insurance companies.

Murray is the top Democrat on the Senate Health, Education, Labor and Pensions Committee, and Alexander is its chairman.

She said the two were able to find common ground on the steps aimed at stabilizing the insurance markets created under Obamacare.

The subsidies to private insurers cost the government an estimated $7 billion this year and were forecast at $10 billion for 2018. Trump’s move to stop them had raised concerns about chaos in insurance markets.

Analyst Brian Tanquilut of global investment banking firm Jefferies, who focuses on hospital companies, said that if the deal is passed in Congress, it should stabilize the Obamacare insurance exchanges and improve their viability.

“Hospitals will avoid a potential spike in bad debt and charity care next year,” Tanquilut said. “This is obviously a good step. It’s bipartisan and guaranteed for two years.”