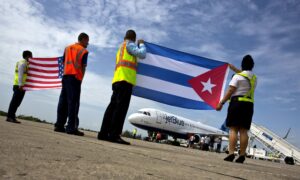 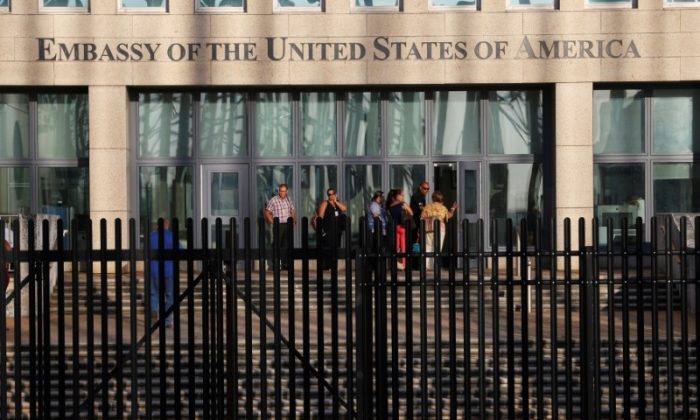 The U.S. Senate unanimously passed a bill on June 7 which, if enacted, would provide payments to victims of likely directed energy attacks, also known as the Havana syndrome.

The syndrome surfaced among more than 40 U.S. embassy staff in Cuba in 2016 and has since been reported by American personnel around the world, including in China.

The bill, titled Helping American Victims Afflicted by Neurological Attacks (HAVANA) Act, would give the CIA director, the secretary of state, and other agency heads authority to provide medical and financial help to the victims who have suffered brain injuries as a result of the attacks.

“American personnel who have undergone these attacks while serving our country should be treated the same way we would treat a soldier who suffered a traumatic injury on the battlefield,” Sen. Susan Collins (R-Maine) one of the co-authors of the bill, said in a statement. “We also need a whole-of-government approach to determine what this weapon is and who is wielding it in order to prevent future attacks and protect Americans.”

U.S. authorities have struggled to understand the mysterious attacks since they were first noted in 2016, when diplomatic and intelligence personnel in communist Cuba first began reporting disturbing symptoms, including head pressure or vibration, and dizziness, sometimes followed by visual problems and cognitive difficulties.

“There is no doubt that the victims who have suffered brain injuries must be provided with adequate care and compensation. Further, it is critical that our government determine who is behind these attacks and that we respond,” Senate Intelligence Committee Vice Chairman Sen. Marco Rubio (R-Fla.) said in a statement.

The bill also requires that the CIA and State Department report to Congress on how the funds are being used and if additional “legislative or administrative action is required.”

A State Department-sponsored study into the phenomenon by the National Academy of Sciences investigated whether chemical exposures, infectious diseases, and psychological issues could have been behind the symptoms but concluded that the most likely cause was directed microwave energy.

“Overall, directed pulsed RF (radio frequency) energy, especially in those with the distinct early manifestations, appears to be the most plausible mechanism in explaining these cases among those that the committee considered,” the report on the study stated.

CIA Director William Burns, during his confirmation hearing before the Senate Intelligence Committee in late February, committed to investigating the phenomenon. Director of National Intelligence Avril Haines didn’t deny the reports of the attacks but told the Senate Armed Services Committee she couldn’t discuss the issue openly because it involved classified information.

Inside Castro’s Regime: Former Cuban Military Leader Reveals the Inside Story on Castro and Che Guevara