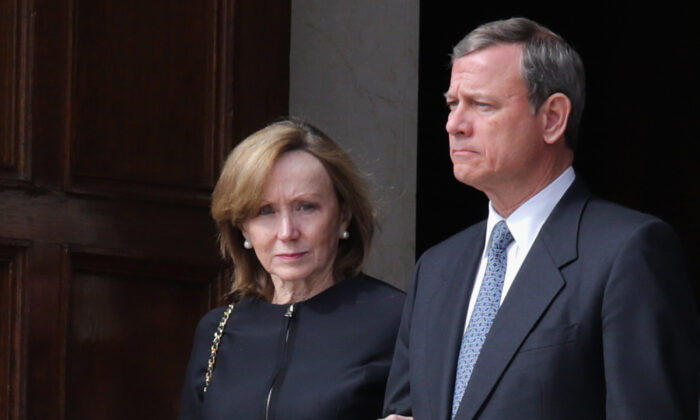 The Senate impeachment trial of President Donald Trump will start on Jan. 16 with the swearing-in of senators and Supreme Court Chief Justice John Roberts, who will preside over the trial.

Senators will hear from Trump’s team and House managers, who will try to sway them to vote to either acquit or convict Trump on charges of obstructing Congress and abusing the office of the president. Senators, who aren’t allowed to speak during the trial, will submit written questions through Roberts after hearing the sides present their cases.

The Senate will meet at noon.

Both sides are expected to start presenting their cases next week, after the Senate votes on initial trial guidelines. Senate Majority Leader Mitch McConnell (R-Ky.) said that he’s secured the votes to start the trial on guidelines “very similar” to those used in the 1999 trial of President Bill Clinton.

Democrats want to insert whether to call witnesses into the initial vote but the Clinton guidelines would push a vote on witnesses back until after senators hear from Trump’s team and the House managers.

A simple majority vote is required in the Senate, which is held by Republicans 53-47, to approve different aspects of the trial or dismiss the impeachment articles. A supermajority is required to convict Trump or remove him from office. At least one Democratic senator, Sen. Doug Jones (D-Ala.), has said he’s open to voting to acquit Trump.

The House of Representatives voted to impeach Trump on Dec. 18, 2019. No Republicans voted for impeachment and four Democrats broke from their party.

It’s not clear how long a trial will last. Some senators have signaled it could last as long as two months while others have pegged it as lasting several weeks. The White House said Wednesday it expects the trial to last two weeks, with no witnesses called.

Something that could affect the length of the trial: Chances of convicting Trump are low. Four Democratic presidential contenders will be in Washington for the trial—Sens. Elizabeth Warren (D-Mass.), Michael Bennet (D-Colo.), Bernie Sanders (I-Vt.), and Amy Klobuchar (D-Minn.). The Iowa caucuses are on Feb. 4. Voters in other states will be heading to vote later in the month.

Those candidates are making plans to campaign at night or over video. Sanders’s campaign adviser Jeff Weaver said that Sanders would fly at night before returning to Washington.

“They’re not going to be meeting at night [for the trial], so we can obviously fly from D.C. to states and hold events in the evening and fly back, you know, so he can be back in the morning to do his work in the Senate,” Weaver told NBC.

“He’s an energetic candidate. He has a very vigorous schedule, and, you know, he can do that.”

Klobuchar has mentioned campaigning through video conference and Skype while Bennet has focused on New Hampshire, a state much easier to travel to from Washington than Iowa.

Asked during Tuesday’s debate how big a problem it is to have to be in Washington leading up to the Iowa caucuses, Warren said, “Look, some things are more important than politics.”

“I took an oath to uphold the Constitution of the United States of America. It says that no one is above the law. That includes the president of the United States. We have an impeachment trial. I will be there because it is my responsibility,” she said.