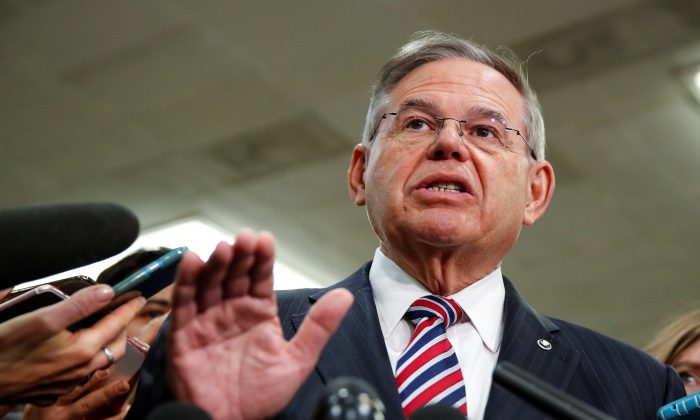 Led by Senator Robert Menendez of New Jersey, the senators said in a letter to Trump that any deal with Beijing must at a minimum commit China to “cease the predatory practices” identified in USTR’s Section 301 investigation, which formed the basis for U.S. tariffs on Chinese goods.

“As you approach the final weeks of negotiations with China, we urge you to insist that the deal make substantial, verifiable, and enforceable progress to address the myriad threats identified in USTR’s investigation,” the senators wrote.

Several U.S. lawmakers and business groups have urged Trump in recent weeks not to settle for an agreement based largely on increased Chinese purchases of farm and energy commodities, amid signals that Trump is eager for a deal with Chinese leader Xi Jinping.

On Wednesday, Trump said trade talks in Beijing are “going along very well.”

Lighthizer and Treasury Secretary Steven Mnuchin are due to meet with Chinese leader Xi Jinping’s top economic adviser, Vice Premier Liu He, on Thursday and Friday.

“Your negotiations should seek to extract meaningful commitments from China on each of these elements and end the threats that these policies pose to the U.S. economy and national security,” they wrote.

In addition to Menendez, the letter was signed by Sheldon Whitehouse of Rhode Island, Mark Warner of Virginia, Maggie Hassan of New Hampshire, Ben Cardin of Maryland, Michael Bennet of Colorado and Catherine Cortez Masto of Nevada.