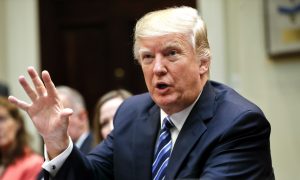 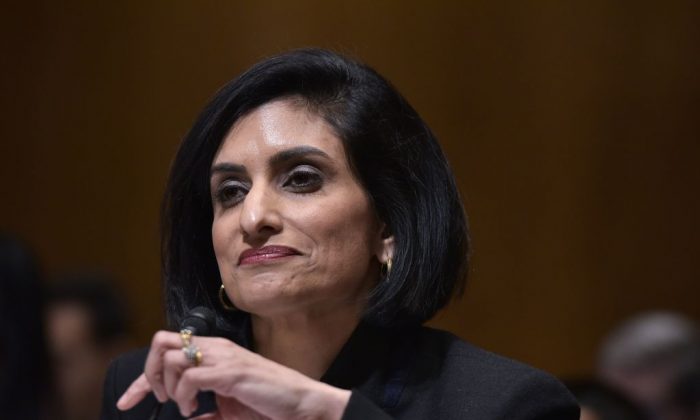 Seema Verma, the administrator of the Centers for Medicare and Medicaid Services in Washington, DC, on Feb. 16, 2017. (MANDEL NGAN/AFP/Getty Images)
Politics

The Senate voted 55-43 to approve Seema Verma to run the $1 trillion Centers for Medicare and Medicaid Services. Verma is the owner of SVC Inc, a healthcare consulting firm, and has helped redesign Medicaid programs in several states, including Indiana when Vice President Mike Pence was governor.

Price and Verma are expected to make changes to many of the Medicaid and Medicare programs that were implemented under the signature legislation of former Democratic President Barack Obama, the 2010 Affordable Care Act, often called Obamacare.

Republicans unveiled their plan to repeal and replace much of Obamacare last week. The proposal would roll back an expansion of the Medicaid program for the poor and replace Obamacare’s income-based tax credits with flat, age-based credits. The bill passed two House committees last week and goes to the House Budget Committee this week.

A study of the Republican healthcare measure released on Monday by the nonpartisan U.S. Congressional Budget Office found that 14 million Americans would lose medical insurance by next year if the program is approved.

It said 24 million more people would be uninsured by 2026 under the program. Price told reporters at the White House that the administration strongly disagreed with the findings, saying the CBO had not looked at the full plan to reform Obamacare.

If the Republican healthcare bill passes the House and Senate and is signed into law by Trump, Verma will play a major role in implementing the law, called the American Health Care Act.

Verma worked in Indiana to expand Medicaid to include thousands of additional low-income residents. Those residents are required to make small monthly payments toward their care through health savings accounts.

Verma’s confirmation was not without controversy early on. In an initial committee hearing, Democratic Senator Ron Wyden of Oregon said that while helping manage the state of Indiana’s health program, her firm was being paid by companies that were providing services and products to the program.

Verma has denied wrongdoing and said she would divest her financial interest in SVC within 90 days of confirmation.