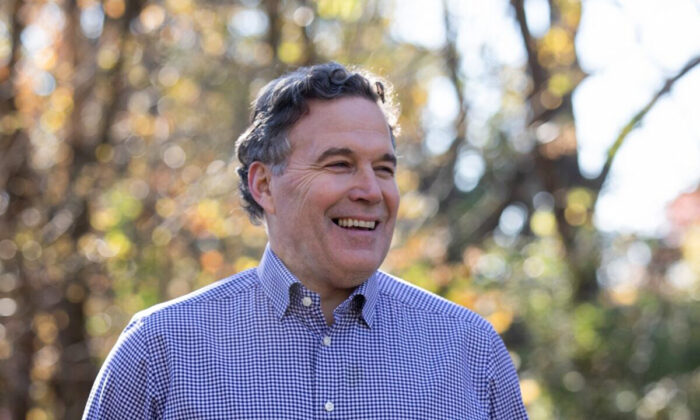 Republican Senate candidate David McCormick filed a lawsuit on May 23 to ensure all mail-in ballots submitted without a handwritten date are not disqualified in the tightly contested GOP primary election for the U.S. Senate in Pennsylvania.

The lawsuit, filed in the Commonwealth Court of Pennsylvania, seeks to compel all of the state’s 67 counties to count ballots that were received on time but were missing a handwritten date on their envelope, The Philadelphia Inquirer reported.

Under state law, ballots that were received on time but were missing a handwritten date on their envelope would have been rejected.

The undated mail ballots were “indisputably submitted on time—they were date-stamped upon receipt—and no fraud or irregularity has been alleged,” McCormick’s lawyers wrote in their suit Monday, adding that the majority of Pennsylvania’s counties had indicated they won’t count the undated ballots, according to the report.

“The … only basis for disenfranchising these voters is a technical error that is immaterial under both state and federal law,” it added.

McCormick’s campaign also wrote a letter to the state’s counties on Friday arguing that mail-in and absentee ballots submitted without dates on their envelopes should be counted.

The letter cited a ruling from the 3rd U.S. Circuit Court of Appeals on May 20 that ordered undated Pennsylvania mail-in ballots received in last year’s general election be counted toward the final results.

“We trust that in light of the Third Circuit’s judgment you will advise your respective Boards to count any and all absentee or mail-in ballots that were timely received but were set aside/not counted simply because those ballots lacked a voter-provided date on the outside of the envelope,” McCormick’s lawyers said in the letter. “To the extent you are not willing to provide this advice, we ask for a formal hearing before your Boards on this issue.”

McCormick is facing primary opponent Dr. Mehmet Oz in the tightly contested primary race. As of Tuesday, Oz was leading McCormick by 987 votes out of more than 1.3 million ballots cast the prior Tuesday.

“Both the Pennsylvania Supreme Court and the United States Court of Appeals for the Third Circuit have held that mail-in ballots should not be disqualified simply because the voters failed to hand write a date on the exterior mailing envelope of their ballots,” Cooper said.

“Because all ballots are time-stamped by the County Boards of Elections on receipt, a voter’s handwritten date is meaningless,” he added. “All timely ballots of qualified Republican voters should be counted.”

The Pennsylvania Republican Party said in a statement on Monday that it objects to undated mail-in ballots being counted.

“Unfortunately, the McCormick legal team is following the Democrats’ playbook, a tactic that could have long-term harmful consequences for elections in the Commonwealth of Pennsylvania,” the statement reads.

“Dr. Mehmet Oz continues to respectfully allow Pennsylvania’s vote-counting process to take place and puts his faith in the Republican voters who we believe have chosen him as their nominee,” Contres continued. “That is why our campaign will oppose the McCormick legal team’s request that election boards ignore both Pennsylvania Supreme Court and state election law and accept legally rejected ballots.”

Former President Donald Trump, who endorsed Oz, has been vocal in his criticism of mail-in ballots, citing potential fraud.

Last week, Trump took to his social media platform, TRUTH Social, where he wrote: “Here we go again! In Pennsylvania, they are unable to count the Mail-In Ballots. It is a BIG MESS.”