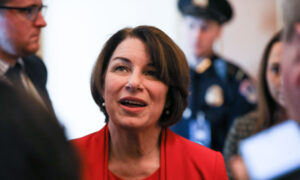 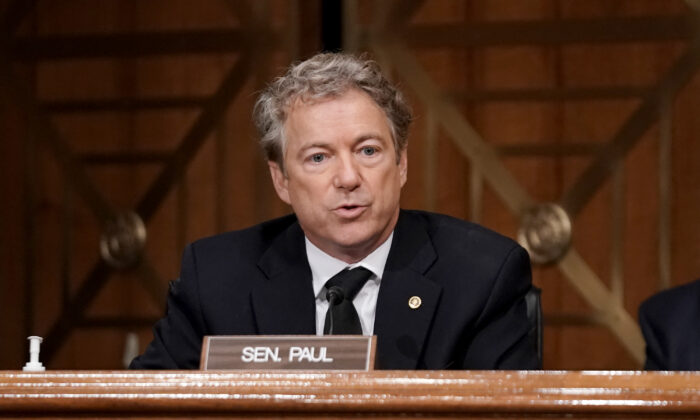 An amendment to the Endless Frontier Act that would ban the use of U.S. tax dollars to fund “gain-of-function” research in China was adopted by the Senate on a voice vote on May 25.

The amendment was introduced by Sen. Rand Paul (R-Ky.) and co-sponsored by Republicans Ron Johnson of Wisconsin, Tommy Tuberville of Alabama, Roger Marshall of Kansas, Mike Braun of Indiana, and Thom Tillis of North Carolina.

“No funds made available to any federal agency, including the National Institutes for Health, may be used to conduct gain-of-function research in China,” the amendment said.

The amendment defines gain-of-function research as “any research project that may be reasonably anticipated to confer attributes to influenza, MERS, or SARS viruses such that the virus would have enhanced pathogenicity or transmissibility in mammals.”

That’s the same definition the National Institutes for Health (NIH) used when implementing a funding moratorium on gain-of-function research from 2014 to 2017. The moratorium lapsed during the previous Congress.

Paul’s amendment follows a growing debate in Congress and the media over the issue of whether the CCP virus—also known as the novel coronavirus—originated due to a leak, accidental or otherwise, from China’s Wuhan Institute of Virology (WIV), or from transmission to humans via bat meat sold in an open-air market in Wuhan. The latter is the official explanation of the Chinese regime.

“We don’t know whether the pandemic started in a lab in Wuhan or evolved naturally,” Paul said in a statement about his amendment. “While many still deny funding gain-of-function research in Wuhan, experts believe otherwise. The passage of my amendment ensures that this never happens in the future.

“No taxpayer money should have ever been used to fund gain-of-function research in Wuhan, and now, we permanently have put it to a stop.”

Earlier this month, Paul and Dr. Anthony Fauci, who heads NIH’s National Institute for Allergies and Infectious Diseases (NIAID), had a heated exchange during a hearing of the Senate Committee on Health, Education, Labor, and Pensions, concerning whether the Wuhan lab had received U.S. funding directly or indirectly.

Fauci, who has been a highly visible and controversial adviser on the CCP virus to both President Donald Trump and President Joe Biden, vigorously denied that such funding came from NIAID.

“For years, Dr. Ralph Baric, a virologist in the U.S., has been collaborating with Dr. Shi Zhengli of the Wuhan Virology Institute, sharing his discoveries about how to create super viruses.

“During their research, Dr. Baric and Dr. Shi worked together to insert bat virus spike protein into the backbone of the deadly SARS virus and then used the man-made super virus to infect human airway cells.

“Much of the research they were doing was funded through Dr. Fauci’s NIH and NIAID.

“Despite Dr. Fauci’s previous denials, there is ample evidence and backing by the scientific community that the NIH and the NIAID, under his direction, funded gain-of-function research at the Wuhan Institute of Virology.

The Endless Frontier Act is sponsored by Senate Majority Leader Chuck Schumer (D-N.Y.) and provides a massive increase in funding for the National Science Foundation (NSF).

Schumer’s bill would boost NSF’s funding from its present $8.5 billion annual budget by creating within it a new Directorate for Technology and Innovation that would receive $100 billion over the next five years.

“The goals of the directorate shall be, among other things, the strengthening of U.S. leadership in critical technologies through basic research in key technology focus areas, such as artificial intelligence, high-performance computing, and advanced manufacturing, and the commercialization of those technologies to businesses in the United States,” according to the Congressional Research Service.