Chinese Regime Is 'Leading the World in Persecution' of Faith Groups: US Ambassador Sam Brownback
0 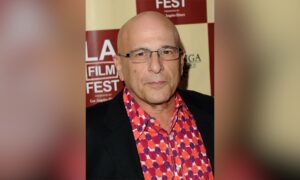 While engaging in crimes against humanity, the regime in Beijing has managed to subvert many aspects of American society, from Hollywood to academia, to professional sports like the NBA.

In this episode, we sit down with Sen. Cruz to discuss how the U.S. can build a comprehensive strategy to counter the Chinese Communist Party, following the footsteps of Ronald Reagan.

Jan Jekielek: Senator Ted Cruz, it’s such a pleasure to have you on American Thought Leaders.

Sen. Ted Cruz: Well, thank you, Jan. Great to be with you.

Mr. Jekielek: Just about a year ago, I have to mention this, I was at the China forum that the Victims of Communism Memorial Foundation organized, you were giving a keynote, and I thought it was one of the more of the passionate indictments of the Chinese Communist Party’s war on religious liberty. You mentioned the destruction of Christian churches and the persecution of Christians, the forced organ harvesting from the Falun Gong, the concentration camps for Uyghurs, up to a million people, and also actually the cultural genocide of Tibet, which is something that isn’t mentioned a lot, these days, even. Where do you see things today? This was about a year ago that you were talking about this.

In the past few months, I’ve been sanctioned, not once but twice, by China. They personally sanctioned me. The first time for speaking out on behalf of the Uyghurs who they have, as you rightly noted, been persecuting and locking in concentration camps, been torturing and murdering, and upwards of a million Uyghurs are in concentration camps right now.

The second time, China sanctioned me for speaking up on behalf of Hong Kong. The eyes of the world were on Hong Kong when you had 2 million protesters on the streets of Hong Kong, and I think Hong Kong is the new Berlin. It is the new forefront between tyranny and liberty. And I have long believed that China is the most significant geopolitical threat facing the United States for the next century, that combating China’s hostility, aggression, theft of intellectual property, espionage, and propaganda, is a whole of government endeavor.

Mr. Jekielek: In that same speech, you referenced Ronald Reagan’s famous line, “Tear down that wall.” What would you say about Hong Kong today then?

Sen. Cruz: Very much the same thing which is, “Let the people go.” The analogy to the Berlin Wall—I believe we need the same sort of comprehensive approach to China that Reagan led with regard to the Soviet Union. China and the Chinese government is the new evil empire. And that is a combination of all sorts of tools.

Now listen, nobody in their right mind wants to see a shooting war between the United States and China. You’ve got two massive militaries and you would see an enormous number of casualties if we actually got into a shooting war. It’s worth pointing out that for the entirety of the Cold War, we didn’t get in a shooting war with the Soviet Union.

Rather, and Reagan understood this the best, we engaged in a systematic, comprehensive effort to shine a light, to use the power of truth, to use economic pressures, to use diplomatic pressures, and to use the incredible power of the American free enterprise system to defeat them and to bankrupt them.

And you take, for example, the Berlin Wall. Reagan had—actually, I’ll tell the story this way, which is a number of years back when I was in Jerusalem, I sat down with Natan Sharansky, the famed Soviet dissident. He talked to me, and told me about how when he was in the gulag, the prisoners in the Soviet gulag would pass from cell to cell, notes, “Did you see what Reagan said? Did you hear what Reagan said? Evil empire.”

When Reagan said, “Marxism-Leninism will end up on the ash heap of history,” and then all of Washington’s intelligence was aghast that he would say such a thing. When they asked what his strategy was in the Cold War, he said, “Very simple. We win, they lose.” What kind of ignorant philistine cowboy was this guy?

And most importantly, Reagan, when he stood before the Brandenburg Gate—if you go to my office which is next door to us, the most dominant feature in my office is a gigantic painting that covers that entire wall of Reagan standing before the Brandenburg Gate. And above him is painted in German in the style of graffiti on the Berlin Wall the words, “Tear down this wall.”

A lot of people don’t know the backstory behind that, which is that three times, the State Department erased those words from the speech, and three times Reagan wrote it back with his own hand. The State Department argued, “Mr. President, you can’t say this. You can’t say, ‘Mr. Gorbachev, tear down this wall.’ It’s too hostile. It’s too aggressive. It’s too antagonistic and most important,”—this was their lead argument—”It’s too unrealistic. Mr. President, we know full well, the Berlin Wall will stand forever and you can’t say it because it will never, ever, ever happen.”

And Reagan with a twinkle in his eye, he said, “You don’t understand. This is the whole point of the speech.” He gave that speech, and it’s worth reflecting on, less than three years later, the Berlin Wall was torn to the ground. And importantly, Jan, it wasn’t knocked down by American tanks. We didn’t fire missiles at the Berlin Wall to knock it down. It was torn down by the power of truth and light and sunshine coming in and indicting the evil behind the evil empire.

Mr. Jekielek: We’ve actually heard a number of administration officials and people and folks in Congress talk about a whole of government approach, the need for that. But it seems to be slow going. I think many would argue that there are big gaps in making that happen right now.

The entire purpose of the trip was to focus on China’s malign influence and growing power. At Pearl Harbor, when I met with the Pacific Command and our leadership there, we were talking about, “Alright, what’s our capacity to withstand a military assault from China and withstand what happens if China’s amphibious assault vehicles land on the shores of Taiwan, which is an ongoing threat in Taiwan and Hong Kong?”

The Chinese were furious that I went to Taiwan. I was the first senator in 34 years to be in Taiwan, on their National Day, and so I met with President Tsai and was there at the parade for their national day.

Why does Taiwan matter? Why does Hong Kong matter? Because they’re a beacon of freedom to the world. It shows the weakness of the Chinese government because it shows the peace and prosperity of people who are ethnically Chinese nationals but are living—or have been living, in Hong Kong’s case—with freedom and free enterprise, and enjoy incredible prosperity, while the Chinese people in China, far too many of them, live in poverty and anguish.

We need to combat the espionage; we need to combat the propaganda. In Hollywood, we just recently had Mulan. Disney filmed Mulan in the same region of China where the Uyghurs are in concentration camps. And at the end of the movie—this is Disney for Pete’s sake, this is supposed to be like mom and apple pie—Disney thanks to the police forces, the jackboot of thugs who are running the concentration camps.

At the end of Mulan, Disney says, “Thank you so much” to these police forces. So I joined with a number of other senators just in the past few days in demanding of Disney that they answer questions about their complicity in the human rights atrocities that are going on.

Mr. Jekielek: Before we finish up, congratulations on being considered for the Supreme Court nomination. I know your intention, from what you’ve said, is to fight it out in the Senate, in your words, I think. In that vein, tell me about “One Vote Away.”

Sen. Cruz: I have, in a couple of weeks, a book coming out that I wrote during the spring and summer while I was at home on COVID lockdown, and it’s called, “One Vote Away: How a Single Supreme Court Seat Can Change History.”

And what the book does is every chapter—there’s a chapter in democracy and elections, and Bush versus Gore, which in a couple of months could be acutely relevant if we see Democrats, instead of challenging the election in one state, challenging it in jurisdictions all over the country, which I think is a very real possibility. What the book “One Vote Away” does is each chapter tells war stories. It tells the inside story of major landmark cases defending those fundamental rights.

Before I was in the Senate, I was a Supreme Court litigator. My career, my profession, I argued cases at the Supreme Court, and I was blessed to have the opportunity to litigate many of these biggest cases. And so I tell the inside story of what’s going on. What is stunning, and I think would astonish many people, is how many of these liberties are hanging by a single vote.

Mr. Jekielek: Senator Cruz, such a pleasure to have you on.

Sen. Cruz: Thank you, Jan. I appreciate it.

American Thought Leaders is an Epoch Times show available on YouTube, Facebook, and The Epoch Times website. It airs on Verizon Fios TV and Frontier Fios on Channel 158.