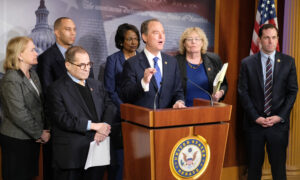 Schiff: If Senate Blocks Jan. 6 Commission Bill, Dems Will Get Answers ‘One Way or the Other’
0
Share Now
TelegramFacebookTweetEmailTellMeWeReddit
Copy Link 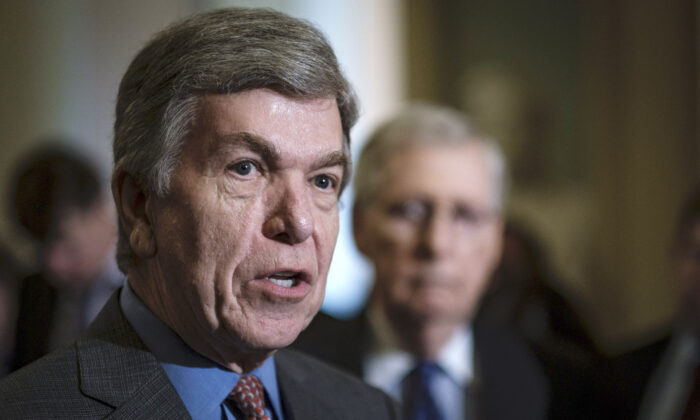 Sen. Roy Blunt (R-Mo.) says Senate Republicans are likely to decide that it’s “too early” to establish a commission to examine the Jan. 6 Capitol breach, he told Fox News on May 23.

The Jan. 6 commission, which would feature 10 members—five appointed by Republicans and five by Democrats—would be modeled on the commission that probed the 9/11 terror attacks. Its aim would be to investigate factors that contributed to the Capitol breach, including how technology, including “online platforms, financing, and malign foreign influence operations and campaigns may have factored into the motivation, organization, and execution” of the incident.

While most Republicans in the lower chamber voted against the bill, 35 crossed the aisle to vote with Democrats. The measure now faces an uncertain fate in the evenly divided Senate, with Democrats needing at least 10 Republican votes to overcome the filibuster.

Blunt said that he’s been against forming a Jan. 6 commission from the outset, due to concerns over delays and effectiveness.

“I’ve actually opposed the idea of a commission from the very first because I think we’ll start waiting for a commission rather than moving forward with what we know we need to do now,” Blunt told Fox News.

He suggested that current efforts to probe the Capitol incident were sufficient.

“There’s a bipartisan effort in the Senate with two committees to produce not only a report but also a number of recommendations, and we should be able to do that in the first full week of June, and we haven’t even waited for that to decide what a commission should do,” he said.

Former President Donald Trump has also spoken out against the Jan. 6 commission, saying in a statement that Republicans in both congressional chambers “should not approve the Democrat trap of the January 6 Commission,” calling the initiative from Democrats “just more partisan unfairness.”

Rep. Adam Schiff (D-Calif.) told CNN on May 20 that if Republicans in the Senate vote against the Jan. 6 commission bill, Democrats “are going to insist on getting answers one way or the other.”