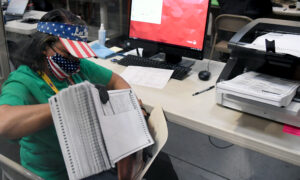 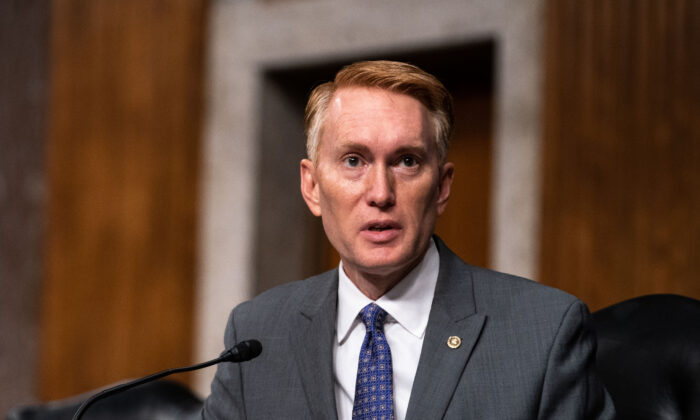 Sen. Lankford: More Americans Believe in Election Fraud in 2020 Than Russian Interference in 2016

Sen. James Lankford (R-Okla.) on Dec. 16 defended the Senate committee hearing dealing with election “irregularities,” noting that poll results indicate that more Americans believe fraud occurred in the 2020 presidential election than those who believed Russians sought to interfere in the 2016 election.

A poll in December 2016 showed 32 percent of Americans thought Russia influenced the outcome of that year’s election, Lankford said at the Senate Homeland Security and Governmental Affairs Committee hearing.

“Based on that belief and what was going, it launched a whole series of hearings,” Lankford said.

“Certainly, the Russians were trying to interfere in our elections, but we spent millions and millions of dollars investigating it, going through it,” he said. “We did six different public hearings on Russian interference just on that one topic to make sure we were paying attention to it.”

He said 46 percent of respondents to a recent poll said they believe there was election fraud in this year’s election.

“Now, amazingly, after this election, all kinds of issues have come up and said there are potentials for problems, and everyone seems to be saying ‘move on.’ The only reason that I can think that would be different was because the election outcomes seem to be different. And one side is now saying, ‘Let’s just move on and ignore this,'” he said.

“It’s reasonable to be able to ask if people can drift around and gather ballots from other people and do ballot harvesting—and in some states, that’s legal—does that provide an opportunity for fraud? I think the obvious answer is yes.

“The obvious answer is if you mail a ballot to everyone in the state, even if they didn’t ask for it, does it provide an opportunity for fraud? Especially when the state did not first purge or verify those addresses, and they sent thousands of ballots to people that no longer live there.”

Lankford spoke during a hearing that was opposed by Democrats, who called for it to be canceled.

Using a Senate committee to spread “misinformation” about elections “is beyond the pale,” Senate Minority Leader Chuck Schumer (D-N.Y.) said on the Senate floor last week.

During his opening statement, Sen. Gary Peters (D-Mich.), the ranking Democrat on the committee, accused President Donald Trump and many of his supporters of attempting to “undermine the will of the people, disenfranchise voters, and sow the seeds of mistrust and discontent to further their partisan desire for power.”

“Whether intended or not, the hearing gives a platform to conspiracy theories and lies, and it’s a destructive exercise that has no place in the U.S. Senate,” Peters added. He also claimed that moving forward with the hearing was “dangerous,” alleging it could spark violence.