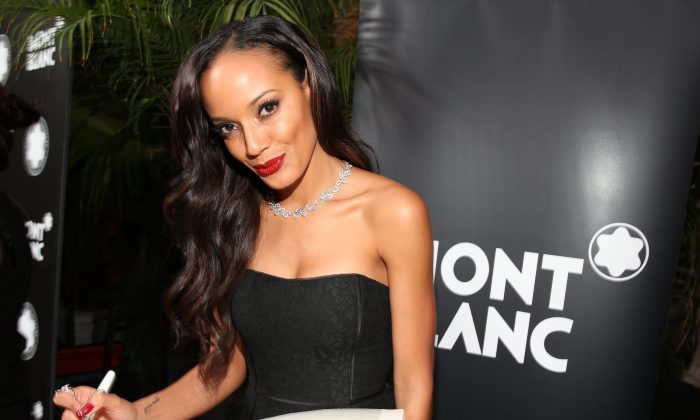 Selita Ebanks is a guest co-host on Catfish on the season 3 finale, which airs on Wednesday night.

Ebanks is a model who has appeared in a number of famous magazines such as Esquire and Maxim. She’s also a Victoria’s Secret angel.

Ebanks joined Nev and Max in the show as “an intern,” according to Max.

“Bianca is just sort of this incredible, amazing person who’s been through one of the more difficult, complicated and sort of hardest childhood/young adult lives,” Nev said in a story posted on MTV’s website. “What an inspiration and what an amazing young lady she is.”

Interestingly enough, Ebanks starred in a spoof of the Catfish show last year with comedian David Spade and Kevin Farley, the brother of the late Chris Farley.

She says, though, that she’s been the victim of fake profiles luring her in online and also of people stealing her photos. Someone even pretended to be her once, to the extent that they set up a voicemail along with the impersonation.

Ebanks also describes herself on her Twitter profile as an actress and philanthropist. In 2008, she founded an organization to help support women’s education and professional development in Africa after visiting Sierra Leone.

She’s fairly rich, being listed by Forbes back in 2009 as the 13th highest black model.

Ebanks personal biography describes her growing up with seven brothers and her father being a corrections officer with the city of New York. He “instilled manners, values, and respect in his children,” it says. Her brothers influenced her love for basketball and tennis.

She is of Caymanian, Jamacian, Irish, Indian, and African descent.