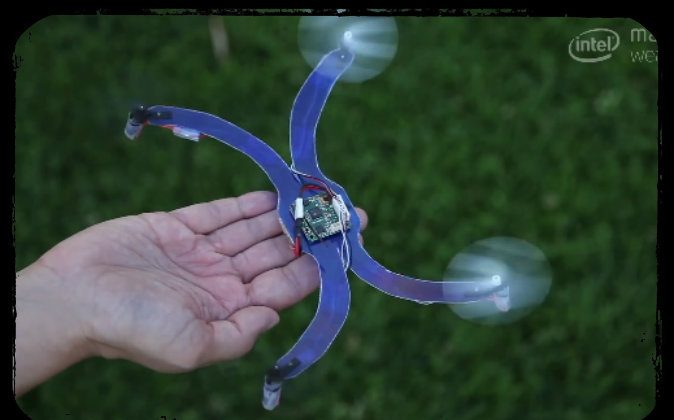 There are occasions where a selfie just ain't gonna cut it but if you're out and about by yourself or want your companion to be in the shot too, what can you do?
By Jay Garrett

There are occasions where a selfie just ain’t gonna cut it but if you’re out and about by yourself or want your companion to be in the shot too, what can you do?

Granted, with a little bit of forethought and something like a GorillaPod, you could set up a snap but there are moments where there’s nothing to hang a pod from and packing a full-sized tripod for every trip is a tad excessive.

The Nixie aims to solve those 21st century problems.

The Nixie is a wearable flying selfie drone – A flying wristband, with a camera built in. The project is the brainchild of Christoph Kohstall (a physics researcher at Stanford), and is built in collaboration with team members Jelena Jovanovic and Michael Niedermayr.

When you’re ready to share your extreme sporting achievement or you in the surrounding wilderness, it launches off your wrist, reorients to frame you in the shot, takes the snap and then hovers back over for you to catch it.

Although not quite available at the moment, they’ve got a prototype that can launch off your wrist and float away, the team behind it have caught the eye of Intel.

The Nixie has made it as a finalist in Intel’s Make It Wearable competition which means that the team have won themselves $50,000 and all of the mentorship, design help, and technical support a company like Intel can throw at them in order to make it real.

So you may have your own selfie drone soon. Now, if only they could make it into a smartwatch.