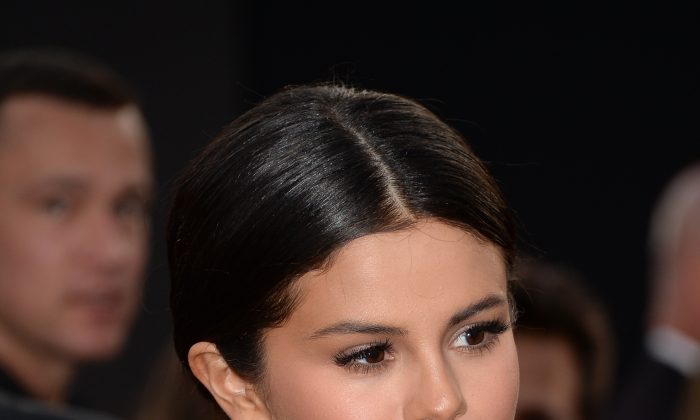 Selena Gomez says that she’s single despite rampant rumors that she’s trying to get back together with Justin Bieber.

Gomez said in a new interview with NRJ Radio in Norway that she is not currently dating, although she added details about her relationship with Bieber.

Asked about her song, The Heart Wants What It Wants, which is about Bieber, Gomez said: “I definitely have so much respect and love for him, and going in the studio is just very therapeutic… It was my way of having it be a message more to people in general. People everywhere feel this feeling, and they should understand when anybody goes through that.”

The interviewer then asked Gomez whether she’s dating.

She later added that she “doesn’t even know how to work Tinder,” the hot dating and hook up application.

When the interviewer asked her about Bieber’s new blonde hair, she laughed and said, “That’s for him. I’ll let him answer all that.”

Gomez has been the subject of a number of gossip website reports, including multiple ones from Hollywood Life.

One of the stories claimed that Gomez would “take him back” if Bieber got her a promise ring.

Another one claimed that Bieber dyed his hair blonde to try to impress Gomez.

While Gomez hasn’t been linked to anyone else lately, Bieber has increasingly been linked to Hailey Baldwin, although it’s unclear whether the pair are actually together.