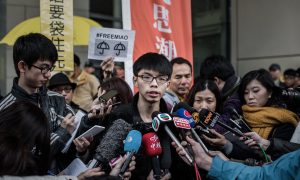 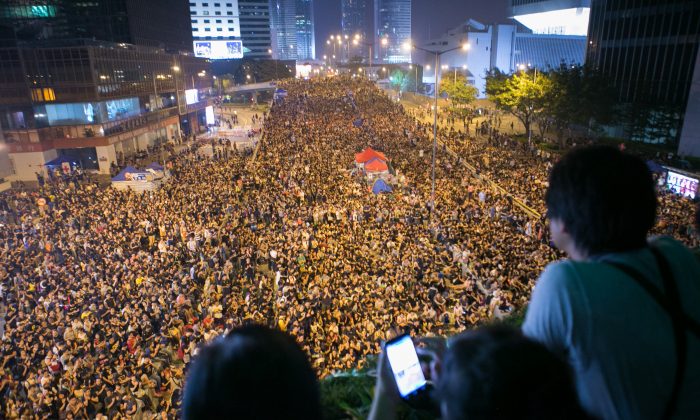 Seeking to Save Record of Occupy Central From Destruction

HONG KONG—Chu Fook-keung, former director of Government Records Service of Hong Kong, is trying to prevent the Hong Kong government from destroying all government decision-making and law enforcement records from during the Occupy Central protests for democracy.

Chu is considering entrusting Yvonne Leung Lai-kwok, president of the Hong Kong University Students’ Union, with applying for an injunction at the High Court to restrict Hong Kong Chief Executive Leung Chun-ying from destroying the records. Leung (no relation to the Chief Executive) participated in the Occupy Central Movement—she memorably joined four Federation of Students members in a dialogue with the Hong Kong government—so she could become the plaintiff.

However, Chu admitted that the chance of success is slim. He said that he had sought legal advice and there is a high chance it will be rejected by the High Court.

He said that Hong Kong has never set up an archives ordinance, so the community is unable to obtain government documents, and the public is deprived of the right to know. The government could become “lawless,” Chu said, as they can destroy important files that are unfavorable to the government, such as documents relating to constitutional and democratic movements, without having to bear legal responsibility.

There is no proof or data with which the media and the public could track down the governance and hold government officials accountable, Chu said. He hopes that the aftermath of the occupation will raise social concerns about the establishment of an archives ordinance.

Chu added that Hong Kong is one of the few places in the international community without an archives ordinance. Both advanced and developing countries have ordinances to protect government documents, he said.

Leung Chun-ying indicated during his election that they would actively study the matter of establishing an archives ordinance, but there has been no action yet, Chu said. He feels this is consistent with Leung’s current style.

Chu has formed an Archives Action Group with retired High Court Judge William Waung Sik-ying, urging the government to prioritize the legislation of an archives ordinance.

Waung said that in addition to documentation on government policy, private archives on the public are also worthy of preservation, such as files of the organizers of the Occupy Central Movement, the stickers on “Lennon Wall—the staircase of a government building at a former protest—and the artistic creations recording the appeals of the participants. They encourage organizations to systematically save the files, and the Archives Action Group will provide professional guidance.

“A coward would not want to let you know what he has done,” Chu said.

Translated by Joyce Lo. Written in English by Sally Appert.