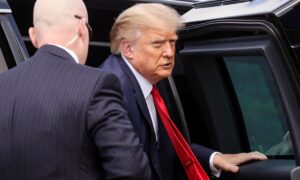 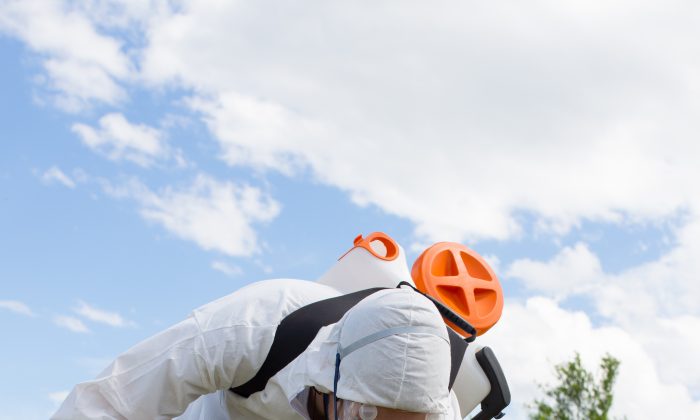 Seeking a World Without Roundup

Evidence of the herbicide's negative impacts is mounting, but America may have trouble weaning itself off Roundup
By Tara MacIsaac
Print

The world is drenched in glyphosate, the main ingredient in Monsanto’s signature herbicide, Roundup. It is the most common herbicide used in agriculture, gardening, and city parks. With rising concerns about its potential carcinogenicity and environmental impacts, the search for alternatives is on.

But we are hooked on glyphosate. It is relatively cheap and it doesn’t have the plethora of restrictions other herbicides have, such as needing moisture or precisely scheduling to work. Its application also doesn’t require the time, effort, and knowledge needed for other weed-management techniques, such as rotating crops and growing cover crops.

“There’s not a single, across-the-board replacement” for glyphosate, said Brad Hanson, a weed specialist at the University of California–Davis. “In most situations, I would say, it could be worked around. But those work-arounds may have their own challenges related to the environment or to safety.

“Pest management is often a series of trade-offs—growers are trying to balance economics, convenience, management, time, [and] environmental cost.”

Farmers on the whole aren’t yet moving away from glyphosate.

Michael Barrett, a weed science professor at the University of Kentucky, organized listening sessions across the United States for the Weed Science Society of America. These sessions, which have taken place over the past year, give farmers an opportunity to voice their concerns about herbicides and the growing problem of herbicide-resistant weeds.

“When you’re stretched thin, it’s hard to explore becoming more diverse,” Barrett said. “There is this conflict between needing to deal with the short-term economic reality of just paying your bills and staying in business versus a longer-term view.”

Even the concerns the farmers have raised about glyphosate have been more related to economic or farm-management realities than about health. They worry about the increasing appearance of herbicide-resistant superweeds as a result of overusing glyphosate and the possibility that regulations on glyphosate use may hamper their operations in the future.

A farmer in California—where glyphosate was officially listed in March as a carcinogen—told The Epoch Times: “In general, farming in Southern California is extremely challenging, and it seems like weekly there are new requirements, regulations, economic pressures, or resource constraints that make it more and more difficult to stay operational. This classification, without an equally effective alternative, will just increase those challenges.” This farmer asked to remain unnamed, as he did not want to bring negative attention to his farm for his use of glyphosate.

More than 800 cancer patients are currently suing Monsanto, a trend that began when the World Health Organization’s International Agency for Research on Cancer (IARC) declared in 2015 that glyphosate probably causes cancer, with a particularly strong link to non-Hodgkin’s lymphoma.

Some regulators, including those in France, Sri Lanka, and counties in California, have banned the herbicide. Others, such as the U.S. Environmental Protection Agency (EPA), the European Chemical Agency, and Health Canada, have aligned with scientists who say glyphosate is safe.

These decisions have been controversial. For example, the EPA’s positive stance on glyphosate has met with the allegation, based on emails released in March, that leading EPA pesticide official Jess Rowland colluded with industry leaders to suppress investigations on the herbicide’s health effects.

An advisory panel of scientists held in March confirmed the EPA’s decision to list herbicide as noncarcinogenic, but some of the panelists “believed that there is limited but suggestive evidence of a positive association between glyphosate exposure and risk of [non-Hodgkin’s lymphoma],” according to the panel’s report.

The varying scientific opinions result from looking at the available data in different ways—placing more or less emphasis on certain findings, differing methodologies, and so on.

A number of other concerns, both environmental and health-related, have been raised about glyphosate. Studies have suggested that for pregnant women, exposure to glyphosate may lead to miscarriages, shorter pregnancies, or lower birth weights. Some preliminary studies have even linked it to gluten intolerance.

Glyphosate is also tied closely with the use of genetically modified organisms (GMO), a point of concern to some. The use of glyphosate boomed after Monsanto began selling its crops designed to be resistant to glyphosate. These “Roundup Ready” crops could be sprayed with glyphosate without being harmed, as the herbicide would only kill weeds, thus eliminating the need for complex spraying schedules and other measures previously employed.

Other herbicides, such as dicamba and 2,4-D, may pick up some of the slack if glyphosate use decreases, according to David Mortensen, professor of weed and applied plant ecology at Penn State University. While these herbicides have some benefits, such as having low toxicities to animals and humans and degrading relatively quickly in the soil, they also come with risks.

Their risk of harming off-target terrestrial plants is 75 to 400 times greater than glyphosate, meaning that if they drift from intended areas via wind or vapors, they could damage crops and ecosystems in other fields.

Mortensen is a big proponent of an approach called integrated weed management (IWM), which uses various strategies that do not rely as heavily on herbicides.

In his 2012 study “Navigating a Critical Juncture for Sustainable Weed Management,” he cited multiple studies showing IWM can result in comparable yields and similar profit margins to systems primarily reliant on herbicides. In one study he cites, led by Iowa State University’s Matthew Liebman, herbicides were reduced by 94 percent, yet profit margins remained comparable to a conventional system.

An example of one approach used in IWM is delaying planting in the spring by a week or two, to after weeds have germinated. This way, farmers can eliminate the weeds before their crops are planted using targeted herbicide application. This reduces the need for herbicides like glyphosate that are used more heavily after planting.

The trade-off is that this would not only shorten the growing season but require detailed, region-specific knowledge of crop and weed ecology to optimize the timing. The agrochemical industry, however, would be unlikely to invest in the research needed to develop these systems.

“Because the use of this practice might reduce the need for herbicide inputs, modern seed-chemical firms would have little incentive to pursue the required research or to extend the knowledge to growers,” Mortensen wrote.

He and other scientists have spoken out about the prevalence of industry funding in weed science research. A paper he coauthored, published in March by the Weed Science Society of America, states, “We would argue that real solutions … will not occur until the industrial profit motive is removed from the dilemma and the science is not conflicted.”

Maryland’s state agriculture department has provided economic incentives, through state and federal funding, for farmers in the Chesapeake Bay watershed to grow cover crops, which can naturally create mulches that suppress weeds and help reduce soil nutrient losses. The program arose in response to concerns about water contamination from herbicides.

USGS conducted studies of glyphosate’s presence in America’s waterways, soil, and precipitation in 2014, finding the herbicide in about 40 percent of water and sediment samples and about 86 percent of rain samples. Though its presence was below defined levels of concern for humans or wildlife, USGS noted, “The ecosystem effects of chronic low-level exposures to mixtures of pesticides are uncertain, and some studies have attributed toxic effects on biota to the surfactants or other adjuvants that are included in common glyphosate formulations.”

Some cities have restricted the use of Roundup in response to safety concerns. Chicago has almost stopped using herbicide altogether, making about 90 percent of its parks chemical-free. It uses some natural techniques, such as keeping the grass at 3 inches tall, which allows the grass roots to grow strong and deep while shading out some weeds.

It also simply lets some weeds grow. The Chicago Park District says on its website, “Each spring, park patrons may see dandelions growing in their neighborhood parks throughout Chicago, signifying a chemical-free park safe for play.”

New York City decreased glyphosate use by 12.5 percent from 2014 to 2015, according to its most recent pesticide-use report. The report notes the evidence of carcinogenicity and risk of kidney damage when glyphosate is used under certain conditions. Though no regulatory determination has been made that would prohibit glyphosate use, the NYC Department of Health and Mental Hygiene recommends alternative weed control methods.

Glyphosate is spread over thousands of acres of forest land globally every year, to kill vegetation that thwarts the growth of conifers desired for lumber. It accounts for 90 percent of herbicide use in Canadian forests.

According to researchers at the University of Turku in Finland, this could fundamentally alter the microbes in the soil and have far-reaching effects on northern ecosystems in particular, where glyphosate is likely to remain in the soil longer.

The Canadian province of Quebec banned pesticide use in forestry on public lands in 2001, showing it is possible to manage forests without it.

The alternative methods include hand or machine removal of unwanted vegetation, as well as general forest stewardship practices, like selective logging instead of clear-cutting, according to McGill University research associate Kristin Kopra. These solutions are also not without problems, though, such as shortages of manpower for mechanical vegetation removal.