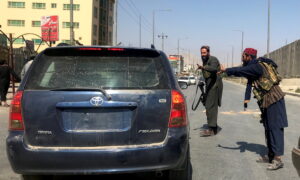 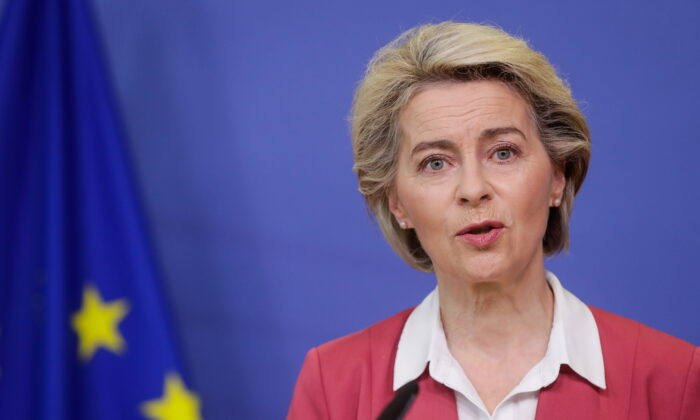 The EU announced a ramped-up Afghan aid program that an official said it would seek safety guarantees on the ground and coordination with the United Nations to deliver, as the bloc’s executive and G7 leaders prepare to discuss the crisis in the country.

European Commission head Ursula von der Leyen said the European Union would increase its support for Afghans still in the country and those fleeing it to over €200 million ($235 million) from over €50 million ($58.7 million).

Delivering aid had become more complicated since the Taliban took back control of the country, according to EU officials, and so coordination with the United Nations over its distribution would be critical for reaching the most vulnerable, especially women and girls.

“We will need very clear assurances that safe access to affected communities, safe movement of humanitarian staff … is provided,” one EU official said, noting that the staff included female employees.

The ramped-up aid would come “on top of member states’ contributions to help the people of Afghanistan,” von der Leyen said on Twitter, adding that she would announce the additional support at Tuesday’s summit.

Von der Leyen will join the G7 leaders along with European Council President Charles Michel. A post-summit news conference is scheduled for around 15:00 GMT.

The official said the meeting’s first priority would be coordinating the evacuation of foreign nationals and people deemed vulnerable from Kabul airport.

Commission spokesperson Eric Mamer said all EU delegation staff and their families had been evacuated, and only a core EU presence remained at the airport.

Western forces were on Tuesday working frantically to get people out before an Aug. 31 deadline, as U.S. President Joe Biden faced growing pressure to negotiate more time for the airlift of thousands trying to flee.

Afghanistan has been for some time the largest beneficiary of EU development assistance—a different category from more basic humanitarian aid—but the bloc has suspended such support following the Taliban’s takeover.

The EU is set to kick off discussions this week on what consequences recent developments in Afghanistan may have for security and migration in the 27-nation bloc.

By Sabine Siebold and John Chalmers