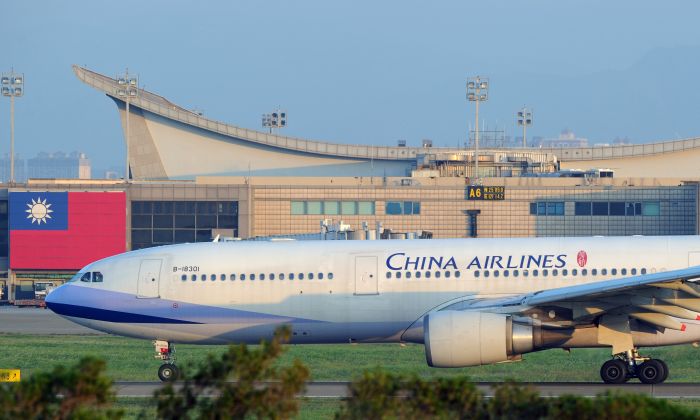 Taiwan is currently reeling from a scandal in which an agent in the president’s security team was found to have smuggled cartons upon cartons of cigarettes while accompanying the leader on a foreign diplomatic visit.

The island’s customs authorities arrested Wu Tsung-hsien, National Security Bureau Major Guardian, on July 22 as he and the security team were escorting President Tsai Ing-wen out of the Taoyuan airport upon her return from a 12-day trip to visit Carribean allies.

On July 25, Tsai told reporters at a press conference in Taipei that she was shocked by the news. She added that she has asked Chiu to conduct an internal investigation into “the agency’s management and discipline,” and issue a report within a week. She also ordered the Judicial Yuan to lead a criminal investigation.

“For me, this [case] is something hard to accept, that cannot be accepted. So I have ordered all related departments to cooperate with the judicial agencies’ investigation,” Tsai said.

The scandal comes as Tsai seeks a second term in January 2020 presidential elections.

Taiwanese lawmaker Huang Kuo-chang exposed the case to the public via a series of Facebook posts on July 22. They were later confirmed by customs authorities.

Huang cited insider information from the Deputy Director-General of National Security Bureau Hu Mu-yuan and revealed that Wu had ordered 9,200 cartons of non-taxed cigarettes from China Airlines’ duty-free online shop prior to Tsai’s trip to the Carribean.

Wu arranged for the orders to be stored at China Airlines’ bonded warehouse at the Taoyuan airport. He then accompanied Tsai on her Caribbean trip as part of the security team.

On July 22, as Tsai was returning from her trip, Wu arranged five cars to pick up the cigarettes, and tried to smuggle them past customs by having them follow Tsai’s car and go through the VIP lane—and thus avoid paying duties, according to customs authorities.

Wu was detained at the airport. Customs officials also searched his suitcases and found another 600 cartons of cigarettes—meaning he also smuggled cigarettes via Tsai’s charter flight to Taiwan. Customs seized all 9,800 cartons.

Taiwan’s customs law limits each traveler to purchasing five cartons of cigarettes, with only one deemed tax-free.

The tax for each carton of cigarettes is 59.25 Taiwan dollars, according to Taiwan’s Ministry of Finance.

Chang Chieh, chief of the Presidential Office’s bodyguard force, publicly stated that he would take responsibility on July 22. He was thus demoted to be a member of Taiwan’s Army Command Headquarters.

Nine other people have since been detained on charges related to the smuggling: Chang Heng-chia, a colleague of Wu, as well as unnamed drivers and bodyguards. Both Chang and Wu were denied bail. The others were released after posting bail, varying from 200,000 to 500,000 Taiwan Dollars ($6,430 to $16,070).

The news has angered the Taiwanese public.

This isn’t the first time national security agents have been caught smuggling.

Ernesto Yun-kung Ting, spokesman for the Presidential Office, said at a July 24 press conference: “As we know so far, there were similar [smuggling] cases before Tsai became president. We will report to you after we finish the investigations about the details.”

In a July 24 BBC Chinese report, the publication documented how national security agents have smuggled products while accompanying the Taiwan president to visit foreign countries since the time of Lee Teng-hui, who was the island’s first democratically-elected president. He served from 1988 to 2000.

Citing information from Taiwan’s prosecutorial agencies, the BBC reported that China Airlines was historically involved in such smuggling. “China Airlines would contact the National Security Bureau’s smuggling parties to arrange the order one or two weeks prior to presidential visits. The cigarettes were then smuggled into Taiwan as the delegation returns home.”

Under Taiwan’s Tobacco and Alcohol Management Act, violators who smuggle cigarettes are punishable by up to three years imprisonment and fines ranging from 200,000 to 10 million Taiwan dollars ($6,430 to $321,000).

Fan Shih-ping, professor at the Department of Political Science at National Taiwan Normal University, told BBC: “It looks fine because today they smuggled cigarettes. But what if [they smuggle] drugs or weapons in the future?”