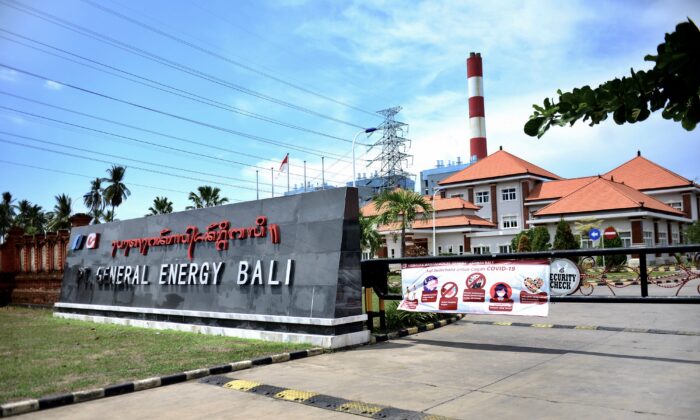 During recent meetings between the World Economic Forum and the Chinese Communist Party’s (CCP) Politburo, Chinese leader Xi Jinping emphasized that the CCP would remain flexible in fulfilling its promise to reduce carbon emissions.

Xi’s comments seem to contradict the aggressive claims CCP authorities made during the 2020 and 2021 United Nations Conferences that China would reach its carbon emissions peak by 2030 and carbon neutrality by 2060, the so-called “double carbon” targets.

Xi’s apparent lack of commitment to reducing carbon emissions is consistent with policy changes made by the Chinese regime at the end of 2021. The CCP reduced the restrictions targeting high-energy, high-pollution industries and relaxed the standards used to collect and report compliance data, moves that enable the CCP to dodge criticism if the double carbon targets are not met.

During the Jan. 17 World Economic Forum, Xi suggested that China could not achieve its pledged “carbon emission reduction & carbon neutrality” targets in one go, or in a short period of time.

Then, during the Politburo meeting on Jan. 24, Xi stressed that reducing carbon emissions would require time and coordinated efforts. China should not “be anxious for quick results” and must “avoid one-size-fits-all” campaign-style solutions like reducing production or restricting electrical use, which could have adverse effects on essential industries.

On Dec. 10, 2021 the CCP Central Committee met to address the outages and discuss how plans to reduce carbon emissions seemed at odds with ensuring China’s economic development. As a result, the decision was made to relax the restrictions on the development of high energy consumption and high pollution industries.

Members of that economic meeting acknowledged it would take a long time for coal-fired traditional energy sources to be gradually withdrawn and replaced. According to a report released last September by Cinda Securities, 62.8 percent of China’s 2019 energy consumption was provided by coal and 20.8 percent by oil.

The CCP subsequently adjusted the method of calculating energy consumption. Authorities excluded all renewable energy sources (wind, solar, and hydroelectric) as well as the energy used for producing raw materials (coal and petrochemicals) from the calculation. The rationale for this change was that during coal and petrochemical production, the carbon emissions from coal and oil used as raw materials are only 20 percent of those produced when they are used as fuels. The remaining 80 percent is converted to raw materials and should be counted separately and excluded from the calculation of total energy consumption.

A report released last August by the CCP’s National Development and Reform Commission (NDRC) found that only one-third of China’s 30 provinces progressed on schedule to reduce energy consumption intensity. Only half of the provinces met their total energy consumption requirements. The report is titled “Barometer on the Completion of Dual Control Targets for Energy Consumption by Region in the First Half of 2021.”

According to the NDRC, provinces that fail to meet their double energy control targets and don’t improve within 20 days will have their infrastructure projects put on hold for approval, which will cut off a major source of funding for local governments. This strict control is believed to have contributed to last year’s power and production restrictions on energy-intensive industries in more than half of China’s provinces. In addition, coal imports from Australia were suspended. These moves drove up the prices of raw materials such as coal, and led to a sudden reduction in power generation, causing many provinces to experience power shortages.

Gao Feng Yi, a Ph.D. of Environmental Science and Technology from Tokyo Institute of Technology, with eight years of experience in China’s environmental protection industry, believes the successful reduction of carbons requires changes in the entire socio-economic structure. However, the CCP’s nature has determined it will not make such fundamental changes. As such, it becomes impossible to reconcile the contradictions between carbon reduction and economic development in China.

Gao told the Epoch Times the CCP does not actually want to reduce carbons and protect the environment. Instead, the leadership of the CCP always looks for excuses to escape responsibility.

‘An Excuse to Make Money’

Although the CCP is privately adjusting its policies to ease carbon restrictions, Xi continues to claim in his U.N. speeches that the CCP “will actively engage in international cooperation to combat climate change and jointly promote a comprehensive green transformation of economic and social development.”

In the wake of strained relations between China and the United States, carbon reduction is seen by some as the only area where comprehensive cooperation between the two countries can take place. John Kerry, the U.S. special envoy for climate change, is one of the main drivers of the Biden administration’s cooperation with the CCP on climate change.

Despite the favorable impression Xi hoped to create, he was recently criticized by U.S. President Joe Biden and UK Prime Minister Boris Johnson for not attending the U.N. Climate Conference in Glasgow, Scotland, last November. At issue is the fact that China is the world’s largest carbon emitter.

According to a report issued last August by the China Industry Information Network (CIN), China’s carbon dioxide emissions in 2020 reached 9.89 billion tons. This makes China first in the world for emissions, accounting for 30.9 percent of the world’s total emissions. This is more than double that of the United States, the second-largest emitter at 12.6 percent.

According to the CIN data, global carbon emissions decreased by 6.0 percent in 2020 compared to 2019. Despite this good news, China’s emissions are expected to increase over the next nine years because China plans to reach its peak in carbon emissions no sooner than 2030. Hence, China’s carbon emissions will account for a higher percentage of the global total.

According to Dr. Gao, the true nature of the CCP is such that it cannot do environmental protection for the benefit of human society. “The CCP has been chanting environmental slogans for decades, but the environment is getting worse,” he said.

Gao believes the CCP’s initial carbon emission peak target of 2030 and carbon neutrality target of 2060 have delayed success and bought them at least 10 years during which they can exploit the loopholes of developed countries.

He said that after the CCP deceived the developed countries into giving China a break, it has not made any fundamental changes. China has continued to develop in the same way as before, and is destroying the environment.

According to Gao, “The CCP is only using environmental protection as an excuse to make money for the Communist regime, and at the expense of the Chinese people’s well-being.”