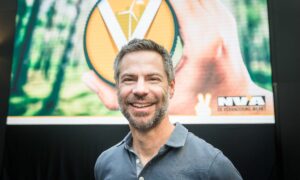 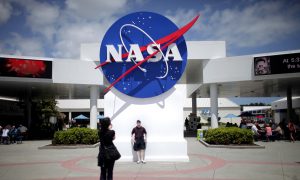 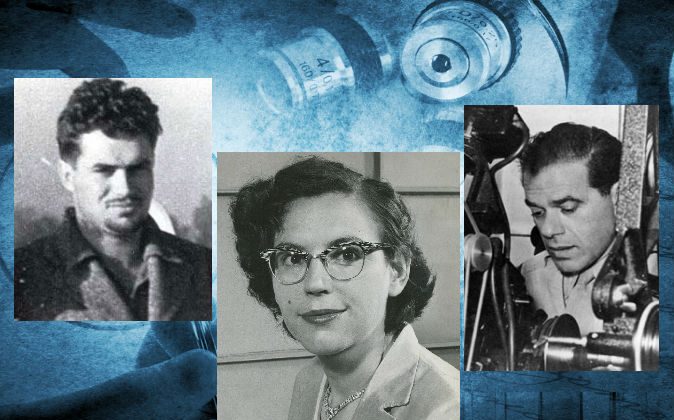 Secrecy coated the Morgan home, swept in like a fine dust that settles heavily. George Morgan’s parents worked as scientists on classified projects for the U.S. government, and they became so steeped in silence that even talk of personal matters in the home became vague and elusive.

Morgan didn’t find out his mother had emphysema, for example, until it became impossible to hide it. When she eventually required assistance breathing, he came home to find air tubes scattered on the floor.

“That’s when I realized my dad was spewing the party line,” Morgan said. “That’s what they were teaching and training people to say.”

Morgan’s mother, Mary Sherman Morgan, was America’s first female rocket scientist. She invented the rocket fuel that sent America’s first satellite Explorer I into space, a lofty accomplishment for a farm-girl with only a high-school diploma. When Morgan decided to write his mother’s story, he discovered he knew much less about her than he thought.

He uncovered the most shocking secret when he was 57, three years ago.

In 2007 while doing research for the book, “Rocket Girl: The Story of Mary Sherman Morgan,” he sent a call-out far and wide to family and friends for information about his mother’s life. She had died three years earlier. He got little response aside from a mysterious note sent by a woman named Dorothy Hegsted—a note he ignored for a long time, assuming it was nonsense, but which his curiosity wouldn’t allow him to ignore forever. Hegsted put him in touch with a half-sister he didn’t know he had.

His mother had a child out of wedlock during WWII before marrying Morgan’s father. She had given the baby girl up for adoption.

When Morgan found this out, he was standing in his backyard in Santa Paula, Calif. He had gone out back to get away from the usual domestic din raised by his three children as he made the first call to his half-sister. Morgan and his wife were foster parents and have since adopted their foster children.

He left the stillness of the backyard; he entered the noisy, bustling environment of his home, disconnected from his surroundings—or rather severed from them by the sharp-edged news he’d just received. He drifted through the nightly routine of bathing and putting the children to bed.

“My whole life has just changed and nobody around me knows it,” he said, recalling the way he felt that night.

When he told his father what he’d discovered, expecting him to be shocked at the news, his father responded, “Oh, I know that, but how the hell did you find out?”

Many of his mother’s former co-workers were tight-lipped when he reached out to them. He realized that although much of what she worked on has been declassified, much of it may remain under the cloak.

His mother isn’t the only famous scientist whose secret life he’s tried to penetrate—and her secrets pale in comparison to those of one of his other non-fictional characters, John “Jack” Whiteside Parsons.

Morgan was working with the theater department at the California Institute of Technology (CalTech) when he first heard of Jack Parsons. Morgan has the unusual title of “playwright in residence at CalTech.” His immersion in science-based theater is an uncommon one, and it has galvanized uncommon ideas.

“[Parsons] is the co-founder of the [NASA] Jet Propulsion Laboratory,” Brophy told Morgan. “I don’t know, so far it doesn’t sound all that interesting,” Morgan replied. “Just read the book,” Brophy urged.

“I’m about 60 pages into the book and I call Brian and I say, ‘This is a book, this is a play, this is a documentary, this is a movie, this is an everything!'” Morgan said, chuckling heartily at the recollection of discovering Parsons’s stranger-than-fiction story.

“Rocket scientist by day, black-magic occultist by night—a character like that in the life of a writer comes around once in a lifetime,” he said. Morgan spent the next year and a half of his life submerged in the mystery surrounding Parsons to write the play “Pasadena Babylon.”

Some would say Parsons launched us into the era of modern space travel. He left behind a significant, though slightly obscured, legacy of scientific achievement. His rituals with the black-magic order Ordo Templi Orientis were such an outrage to Amercia’s moral sensibilities they prompted an investigation by the United States Senate.

Parsons died in 1952 in an explosion caused by one of his own experiments. His tale of intrigue and scandal went even beyond his occult activities. It includes the famous science fiction author and Scientology founder L. Ron Hubbard.

Hubbard ran off with Parsons’s girlfriend, Sarah Northrup—or rather sailed off with her in Parsons’s boat. Vice magazine writer Brian Anderson described Parsons’s response: “Upon learning of their escape, Parsons retreated to his hotel room and attempted to summon a typhoon in retribution with an evocation of Bartzabel, an intelligence presiding over the astrological forces associated with the planet Mars.”

Hubbard also absconded with more than $20,000 that Parsons had invested in a boat-dealing company they planned to establish together.

It would be hard to top the Parsons story, but Morgan has found other captivating stories in the lives of modern scientists.

In collaboration with Loren Marsters, Morgan is finishing up a new play about renowned film director Frank Capra. He follows Capra’s progression from peasant Italian immigrant to Caltech chemical engineering graduate, to homeless wanderer and vagabond, to soldier in the U.S. Army, to premier American film director.

When Morgan was reading Capra’s autobiography, he repeated the astonished and excited response he had to Parsons’s biography: “This is a book, this is a play, this is a documentary, this is a movie …”

Morgan’s captivating science non-fiction lacks nothing when compared to the imaginative fancy of science fiction.

*Image of microscope and science experiment via Shutterstock.