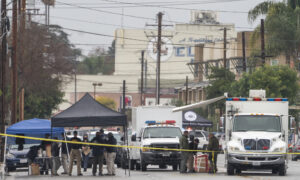 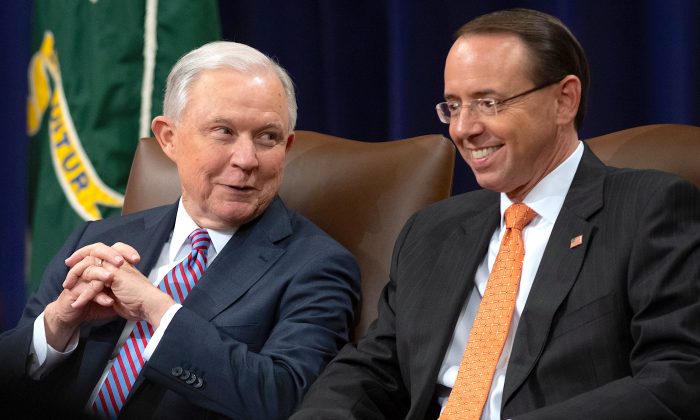 Former FBI special agent Terry Albury on Oct. 18 became the second Trump-era leaker to be sentenced to prison, after a federal judge issued him a four-year sentence in a Minnesota court.

Albury pleaded guilty in April to unauthorized disclosure and retention of national defense information in violation of the Espionage Act. He admitted to leaking classified documents to a reporter over the course of 18 months starting in February 2016, including files which were classified at the secret level.

In issuing the sentence, District Judge Wilhelmina Wright dismissed appeals for a lighter punishment that argued that Albury resorted to leaking because he felt that there was racism within the bureau as well as racism being perpetrated against the black Muslim community. The judge told Albury that he could have worked to address the wrongs from within the system, instead of breaking the law, according to an account of the proceeding by independent reporter Joseph Sabroski on Twitter.

Albury is the second leaker to receive a prison sentence during the administration of President Donald Trump. In August, former NSA contractor Reality Winner was sentenced to five years in prison for leaking a top-secret NSA report on Russian hacking. Prosecutors said Winner received the longest sentence ever imposed for criminal leaking to the media.

Albury had top-secret clearance and access to national defense documents as part of his day-to-day work for the FBI’s Minneapolis Field Office. According to the plea agreement, Albury exfiltrated data from FBI systems by taking photographs of a computer screen or by cutting and pasting parts of documents into a file to get around having to directly print the originals.

Among the documents Albury leaked was an FBI program aid for assessing confidential human sources. Another document discussed the danger to national security posed by people from a specific Middle Eastern country. A government document he unlawfully retained concerned an online platform for recruitment by a specific terrorist group.

Albury admitted to being aware that leaking and retaining classified information was unlawful and could lead to criminal prosecution, the plea deal states. Nevertheless, he sent the documents to a reporter despite not being authorized to do so.

On Oct. 16, the FBI arrested a senior Treasury Department official for leaking financial intelligence documents to a reporter at BuzzFeed News.

On Oct. 15, James Wolfe, the former director of security for the Senate Select Committee on Intelligence, pleaded guilty to lying to the FBI as part of a leak investigation. On the same day, the FBI released a file on former FBI Deputy Director Andrew McCabe, which revealed, for the first time, that the bureau investigated McCabe over a leak related to former National Security Adviser Lt. Gen. Mike Flynn and the president.

Albury choked back tears as he spoke before the court. He apologized to everyone he hurt, including his former colleagues.

“I fully accept responsibility for everything I did. This case has been devastating for my family and me,” said Albury, who has a wife and two children, according to Sabroski.

After serving his prison term, Albury will be subject to three years of supervised release. The judge said the sentence was sufficient to deter others from committing the same crime.