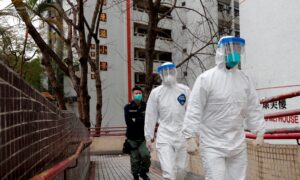 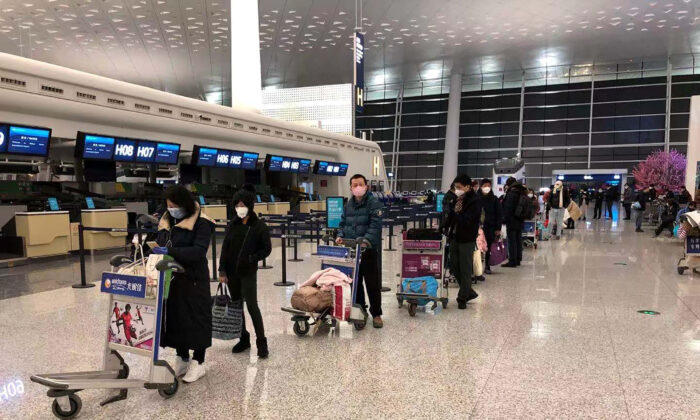 Passengers queue to board a cargo plane, chartered by the U.S. State Department to evacuate Americans and Canadians from China due to the outbreak of novel Coronavirus, at Wuhan Tianhe International Airport in Wuhan, China , on Feb. 7, 2020. (Courtesy of Edward Wang via Reuters)
WORLD

A second plane carrying 185 Canadian evacuees from the coronavirus-stricken Chinese city of Wuhan has landed at an air-force base in Trenton, Ontario, CBC news reported on Tuesday.

Last week, 176 Canadian citizens and permanent residents were evacuated from Wuhan to an Ontario air-force base on a flight chartered by the Canadian government, while another 39 Canadian evacuees were flown out of China on an American flight.

A 14-day quarantine period for the evacuees flown to the military base in Trenton, Ontario, has been imposed. The Canadian government has also told citizens not to travel to Hubei province and to avoid all non-essential travel to China.

Canada has deployed 16 tonnes of protective equipment including masks, goggles, and gloves, to China since Feb. 4, Global Affairs Canada said on Monday.

In Wuhan, China, depression of potential separation turned to joy for Edward Yuan, a Canadian citizen, and his wife, a permanent resident.

Although they were first told that she would not be allowed to board the second evacuation flight back home to Canada, the Canadian authorities later called back to say she would be permitted on the plane.

“I was first depressed and my wife was crying when we were told she can’t leave,” Yuan told Reuters before the flight took off. “But a few hours later, the tears turned into surprise, happiness, and doubt.”

Only once they stepped onto the plane together could they finally feel relieved, Yuan said.

Canada’s Chief Medical Officer, Theresa Tam, said on Monday eight members of the Canadian Armed Forces who accompanied the first flight to and from Wuhan had been released from quarantine, as had five additional members of the flight crew.

“It is understandable that many in the public are worried about the virus, however the misinformation and rumours that continue to spread only undermine our response to the outbreak,” Tam said.