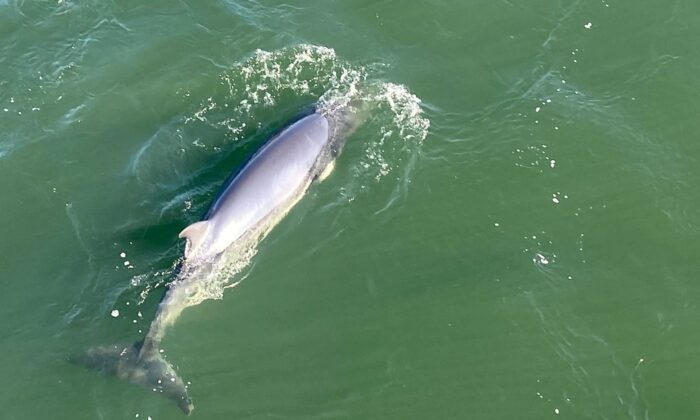 A whale is seen in the waters of the St. Lawrence River, near Montreal, May 9, 2022. (The Canadian Press/Morgan Lowrie)
Canada

A marine mammal research group is reporting a second minke whale has been spotted in the Montreal area in less than a week.

Baleines en direct says the whale was seen at around 12:30 p.m. today and it might be the same animal that was observed in Trois-Rivières, Que., on Monday.

It’s the second time this week that a minke whale has been spotted in the St. Lawrence River near Montreal, which is about 450 kilometres upstream of the animals’ usual range.

The group says the first whale, which was spotted Sunday, appears to be a healthy juvenile less than two years old.

Another whale, a humpback, spent several days near the city in 2020 before being found dead.

Robert Michaud of the group Réseau québécois d’urgences pour les mammifères marins has said it’s unclear why whales occasionally venture into freshwater habitats, but he says there isn’t much that can be done to help them besides hoping they turn around and head home.