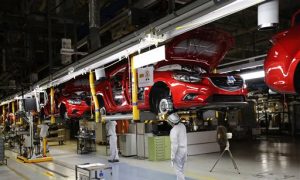 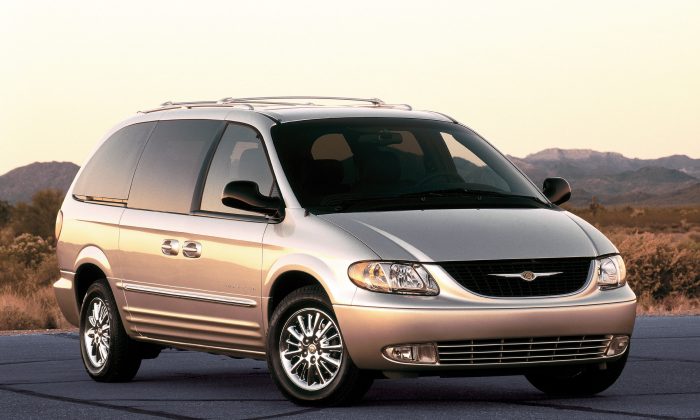 A 2002 Chrysler Town and Country minivan in a file photo. (Fiat Chrysler Automobiles via AP)
US

U.S. safety regulators are investigating inflators made by ARC Automotive Inc. that went into about 420,000 older Fiat Chrysler Town and Country minivans and another 70,000 Kia Optima midsize sedans.

The probe, revealed in documents posted Tuesday by the National Highway Traffic Safety Administration (NHTSA), comes just weeks after Takata agreed to recall 33.8 million inflators in the U.S. in the largest automotive recall in American history. Worldwide, at least eight people have been killed and more than 100 injured by flying shrapnel from Takata inflators.

The safety agency said it received a complaint in December 2014 about a 2009 incident in a 2002 Chrysler minivan but determined it was an isolated case involving an ARC driver’s side inflator. Then in June 2015, Kia Motors Corp. told the agency about a lawsuit involving a 2004 Optima in New Mexico with an ARC inflator, so NHTSA decided to open an investigation. Both cases are the only known incidents involving ARC inflators in vehicles made by either automaker.

The agency said one person was hurt in each of the incidents.

“We have opened up an investigation, to look to see if there is any connection,” NHTSA Administrator Mark Rosekind told reporters in Orlando, Florida, on Tuesday. In the Chrysler case, a probable cause was identified, but investigators don’t know the cause of the Kia rupture, he said. If the investigation determines that the inflators are a hazard, NHTSA will seek a recall, Rosekind said.

The investigation also will determine how many of the suspect ARC inflators are on the road, NHTSA said.

Fiat Chrysler Automobiles NV, Kia, and Knoxville, Tennessee-based ARC said in statements that they are cooperating in the probe. ARC pointed to a 60-year record of serving customers “with products that meet the most stringent global safety standards.” Fiat Chrysler said it no longer uses the inflators that are being investigated.

ARC makes inflators that are used by other companies in air bag systems. The inflators use an inert gas to fill the air bag, which is supplemented by an ammonium nitrate propellant. A preliminary analysis of the Chrysler minivan system showed that the inflator gas’s exit path may have been blocked by an unknown object, NHTSA said.

In the Takata cases, ammonium nitrate is the main propellant, and it can become unstable over time when exposed to high humidity and temperatures. The chemical can burn too fast and blow apart a metal inflator canister. Automakers, NHTSA, and Takata are trying to find the exact cause.

Documents show that the Chrysler incident with an ARC inflator happened on Jan. 29, 2009, in Ohio. A man complained to NHTSA that his wife was hurt by shrapnel when the air bag deployed after the van collided with a snowmobile. “Most of the shrapnel went into her chest, with the air bag plate breaking apart, striking her in the chin, breaking her jaw in three places,” wrote the man, who was not identified. “If it hadn’t been for a great ambulance crew, she would have bled to death.”

Delphi said it will respond to NHTSA inquiries, and that it used some ARC inflators before selling its air bag business in 2010. Key said it would support the investigation.

Rosekind urged Florida people with recalled vehicles to get them fixed as soon as possible. High heat and humidity, especially along the Gulf Coast, can cause Takata air bags to malfunction in cars from 11 different auto companies.

One of the eight people killed by the air bags and 34 of the 105 people hurt were from Florida, according to Sen. Bill Nelson (D-Fla.).

“Supplies are on the shelves in this area of Florida because of the risk,” Rosekind said. But if a dealer doesn’t have parts, people should demand a loaner car, he said.