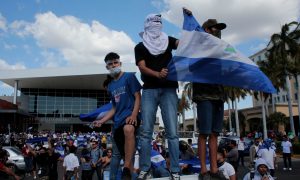 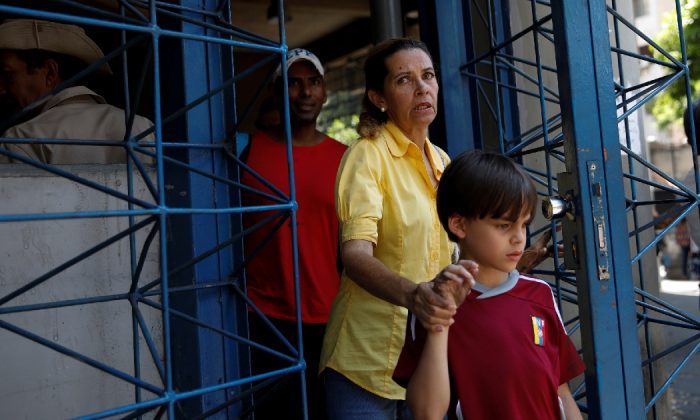 CARACAS—Lights went out across much of Venezuela, including many areas of the capital city of Caracas on March 25, according to Reuters witnesses, less than two weeks after power was restored following a prolonged blackout.

Power was out in much of eastern Caracas as well as downtown, where the Miraflores presidential palace and most government ministries are located. Authorities said the Caracas subway was shutting down due to the lack of power.

Several western states had no power, according to Reuters witnesses, though it remained on in the southern city of Puerto Ordaz and in parts of Valencia, the country’s third-largest city. Shops across the country closed early to protect against possible looting.

Neither state electricity company Corpoelec nor the Venezuelan information ministry responded to requests for comment.

The blackout comes after electricity went out in much of the OPEC nation on March 7, with reliable service restored only four to six days later in most major cities. That blackout led to widespread looting in parts of the country and briefly paralyzed oil exports.

Neither state-owned oil company PDVSA nor Venezuela’s oil ministry immediately responded to requests for comment about the status of the country’s oil infrastructure, including the main crude export terminal Jose.

Blackouts have long been common in the South American country due to years of underinvestment and lack of maintenance. But their increasing frequency and severity is adding to the desperation of Venezuelans, already living through hyperinflation and six straight years of economic contraction.

“It is horrible, it’s a situation that we cannot tolerate,” said Elizabeth Contreras, 50, who works as a cleaner in a bank in eastern Caracas. She worried about how she would get home. “I have to go pick up my grandchildren—it’s what makes me most nervous.”

Guaido has been recognized as Venezuela’s rightful leader by most Western countries, including the United States. Maduro, a socialist who took office in 2013, has the support of Russia and China.

During the blackout, earlier this month four people were killed and at least 300 were detained in association with protests and looting, according to rights groups. The nongovernmental organization Doctors for Health said 26 people died in public hospitals.