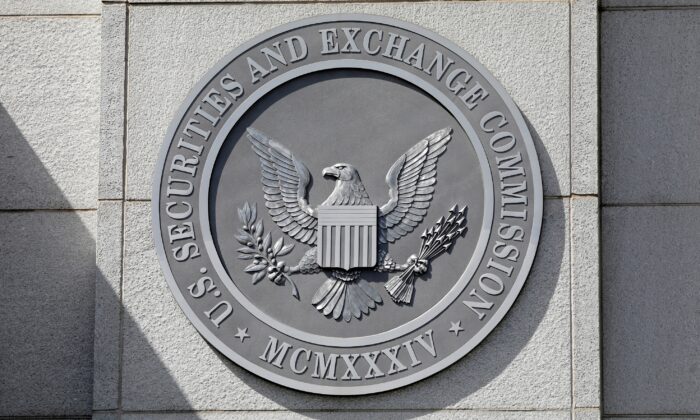 The seal of the Securities and Exchange Commission (SEC) is seen at their headquarters in Washington, on May 12, 2021. (Andrew Kelly/Reuters)
Cryptocurrency

NEW YORK—The Securities and Exchange Commission on Tuesday said it delayed its decision on a bitcoin exchange-traded fund (ETF) proposal from NYDIG, which would be based on the price of bitcoin held in a trust.

The SEC said it will make a decision about whether to allow the bitcoin ETF from NYDIG, a subsidiary of Stone Ridge that was recently valued at more than $7 billion, to trade on Intercontinental Exchange Inc’s NYSE Arca by March 16 rather than its earlier Jan. 15 deadline.