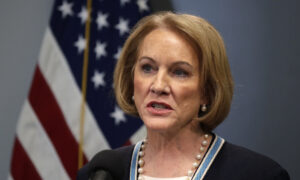 Mayors Respond to Trump's Threat to Defund 'Anarchist' Cities: 'See You in Court'
0 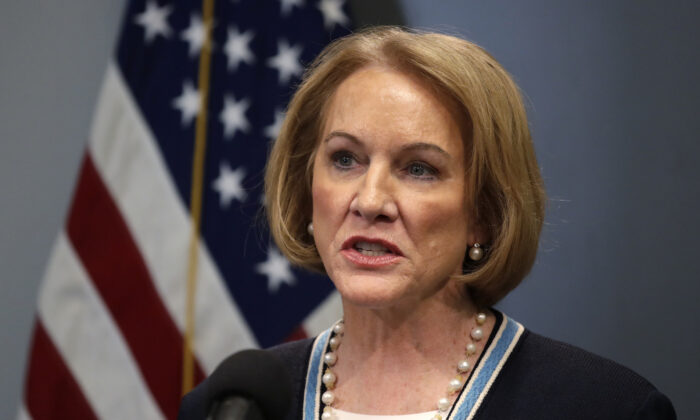 The Seattle City Council on Sept. 22 voted to override Mayor Jenny Durkan’s veto of bills that would slash police funding by roughly $3 million and cut jobs within the department.

The City Council voted 7–2 to override the proposals that were approved 7–1 in August. The bill included measures such as removing as many as 100 officers from several police units, and limiting staff salaries to $150,000, according to the Seattle Times.

Council members in August also approved the elimination of an entire team, which was focused on response to homeless issues, and reduced the number of officers of some specialized units.

“Divestment from a broken policing model is not only the right thing to do … I believe it is the needed course of action,” Council President M. Lorena González said on Sept. 22. “We cannot look away from this and we can no longer accept the status quo if we truly believe that black lives matter.”

Seattle has struggled with a rise in anti-police sentiment in recent months. Demonstrators occupied a portion of the city for weeks starting in early June, an occupation tolerated by city officials until several shootings took place, leaving two black men dead. Clashes between officers and demonstrators have since taken place, including a riot on July 26 that left 59 officers injured.

Explosives were discovered in a van used to equip rioters with weapons.

In vetoing the council’s actions, the mayor had said she didn’t agree with losing officers as well as a plan to take officers off a team that removes camps of people experiencing homelessness. She also complained that the council hadn’t discussed their plans with her or the police chief before taking action, although at least one council member said on Sept. 22 that the police chief had been consulted.

Seattle Police Chief Carmen Best announced her resignation in August, one day after the City Council approved the planned cut of nearly $4 million from the police department’s $400 million annual budget.

Seattle now has about 1,400 police officers, and the proposed reductions fell far short of calls from many Black Lives Matter protesters for a 50 percent cut to the department. Some members of the council had described the cuts as a “down payment” on future reductions.

“Countless videos of black and brown lives lost here in Seattle and across the country shows us that not everyone feels safe in our community and not everyone is safe,” González continued, referring to individuals killed by police officers in recent months. “We need public safety that’s centered on harm reduction, not the status quo.”

“When I look back in this moment of time, I want to be able to tell my daughter, who I’m currently holding in my arms, that I did the right thing and that I voted on the right side of history,” she added.

Durkan’s office didn’t immediately respond to a request by The Epoch Times for comment.

The mayor will reveal her budget plan next week, according to the Seattle Times.