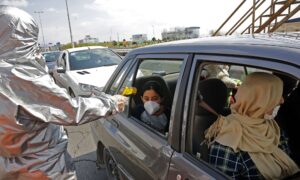 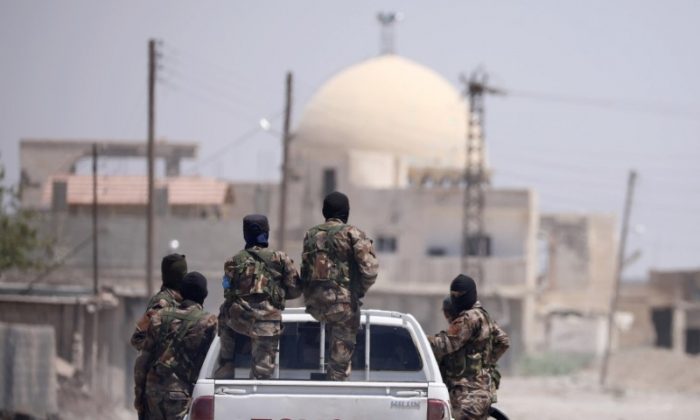 BEIRUT—The U.S-backed Syrian Democratic Forces (SDF) are on the verge of seizing full control of the southern neighborhoods of Raqqa, which is currently held by the ISIS terrorist group, a Kurdish official said on Tuesday.

On Monday, the World Health Organization said there were critical shortages of medical supplies in Raqqa, where it estimated up to 50,000 civilians remained. Separately, Doctors Without Borders said many sick and wounded people were trapped.

The SDF launched its U.S.-backed campaign to seize Raqqa in early June. The assault on ISIS’s main stronghold in Syria overlapped with the campaign to drive ISIS from the Iraqi city of Mosul, where ISIS was defeated last month.

The Kurdish official told Reuters SDF fighters advancing from the east and the west remain separated by a few streets where fighting continued.

Full control of the southern districts would sever ISIS’s last remaining path to the Euphrates River which is to the south of the city.

“There is a fierce resistance from Daesh, so we can’t determine when exactly we’ll take (full control),” said the official, referring to ISIS. “Around 90 percent of the southern neighborhoods are liberated,” the official added.

The spokesman for the U.S.-led coalition said SDF fighters had also captured around 10 square km (4 sq miles) of territory from ISIS north of Raqqa in the last two days.

“We’ve seen a less coherent ISIS defense in Raqqa compared to Mosul. ISIS is still using car bombs, booby traps, and civilians to hide behind, but their inability to address the multiple advances from the SDF is apparent,” coalition spokesman Col. Ryan Dillon said in response to emailed questions from Reuters.

In an appeal for $20 million to respond to the crisis in northeastern Syria, the World Health Organization on Monday described the situation in Raqqa as “particularly worrying.”

“Raqqa’s main hospital and many other health care facilities have closed due to airstrikes,” it said. “The facilities that are still functioning face critical shortages of medicines, supplies, and equipment.”

“Water and electricity are available only intermittently,” it said, adding that civilians were unable to move freely due to travel and security restrictions imposed by ISIS.

Doctors Without Borders relayed patient reports of large numbers of sick and wounded people trapped inside Raqqa “with little or no access to medical care and scant chance of escaping the city.”

Last week, the Syrian Observatory for Human Rights reported that the SDF has captured half of Raqqa.

The SDF is dominated by the Kurdish YPG militia, and is the main partner for the U.S.-led coalition against ISIS in Syria.

ISIS has lost large expanses of territory in Syria over the last year to separate campaigns waged by the SDF, the Russian-backed Syrian military, and Turkey-backed Syrian rebels.