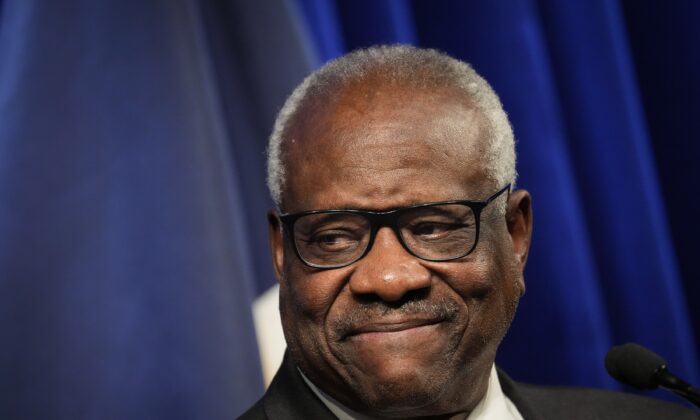 The Supreme Court sided with the often-reversed U.S. Court of Appeals for the 9th Circuit by declining to intervene on behalf of a U.S. Air Force Reserve officer who was relieved of command as punishment for his religious-based refusal to get the COVID-19 vaccine.

The case is still pending before both the 9th Circuit and the U.S. District Court for the Eastern District of California.

The ruling in Dunn v. Austin, court file 21A599, came late in the day on April 18. The lead respondent, U.S. Secretary of Defense Lloyd Austin, was sued in his official capacity. The Supreme Court didn’t provide reasons for its decision.

Justices Clarence Thomas, Samuel Alito, and Neil Gorsuch, who are known for supporting religious liberties, indicated they would have granted the application for an injunction pending appeal.

The emergency application was brought by Jonathan Dunn, a lieutenant colonel in the Air Force Reserve, who has served since 2003, putting in more than a decade of active duty. He contracted COVID-19 in the summer of 2021 and acquired natural immunity to the disease. Soon after, the Air Force introduced a COVID-19 vaccine mandate.

“Although we are disappointed that the Supreme Court did not step in ahead of the Ninth Circuit to grant Lt. Col. Dunn immediate extraordinary relief, we look forward to litigating the merits of our expedited appeal,” Falk told The Epoch Times by email.

“We are confident in the justice and legal strength of our case, which will now receive full consideration in the court of appeals.”

Dunn’s application (pdf), filed April 11 with the Supreme Court, states that 98 percent of all airmen have now been vaccinated and that more than 2,000 airmen are subject to medical and administrative exemptions. Dunn has sincere religion-based objections to the COVID-19 vaccine, although the military denied his request for a religious exemption to the mandate.

The U.S. Court of Appeals for the 9th Circuit denied an injunction pending appeal.

Dunn questions whether the federal Religious Freedom Restoration Act (RFRA) and the free exercise clause of the First Amendment to the U.S. Constitution allow military authorities to permit secular exceptions to specific conduct “while categorically denying all religious accommodations based on a broad asserted interest rather than an individualized assessment of the efficacy of less restrictive measures to serve the interest as properly defined in terms of the particular claimant,” according to the application filed with the Supreme Court.

In papers, Dunn argued that government officials had characterized vaccination as a moral obligation and given it a “sacramental quality” that offended his religious sensibilities.

“After much prayer, applicant concluded that he cannot participate in such a religious ritual—and thus cannot take the vaccine—because, as a Christian, he must render worship to God only.”

The Department of Defense urged the Supreme Court to disallow the application, saying the vaccination requirement promoted military readiness and that Dunn failed to show he would be injured if the application were refused.

“He has already been removed from his former command—including for reasons of poor judgment and abuse of authority, which justified the removal independent of his refusal to be vaccinated.”