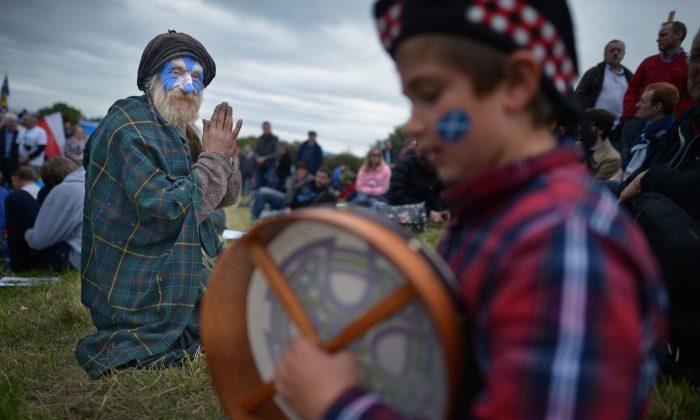 Thousands of pro-independence campaigners attend a rally on Calton Hill in Edinburgh, Scotland, on Sept. 21, 2013. The rally is the second of three large marches held in the run up to next year's referendum for Scottish Independence. (Jeff J Mitchell/Getty Images)
UK

Thousands marched through Edinburgh, Scotland, Saturday to call for Scottish independence from the UK. Scottish voters will answer the question in a referendum approximately a year from now, on Sept. 18, 2014: “Should Scotland be an independent country?”

Police told the BBC that some 8,000 people participated, and organizers estimated between 20,000 and 30,000 partook in the day’s events, which were varied.