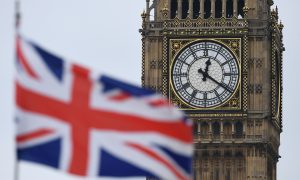 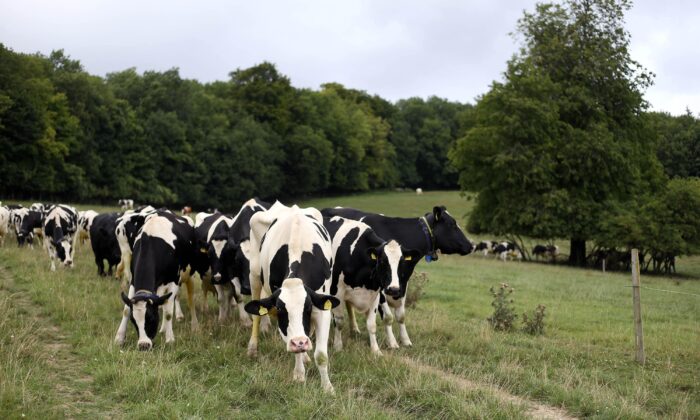 Cows in a field in an undated file photo. (Steve Parsons/PA)
UK

Rural affairs ministers from Scotland and Northern Ireland have written to the UK government with concerns about the Australia trade deal.

In a joint letter to International Trade Secretary Liz Truss, the two administrations say the deal risks having a disproportionate impact on domestic farmers and producers.

However UK farmers have expressed fear they could be undercut by meat from Australia.

They are seeking urgent discussions on the deal at a meeting with Defra officials on June 28.

The letter says: “We have previously stressed to you, and remain extremely concerned following the recent announcement, that the UK government is signing up to a deal that would lead to a sustained increase in imports of Australian agri-food and produced to lesser standards in relation to animal welfare and future environmental commitments.

“As you know, agriculture and food standards are devolved responsibilities.

“We have been clear that where there is an increase in imports of Australian agri-food, this must be managed by tariff rate quotas that are not eroded over time.”

“Clearly if Australian exports reach anything close to these levels, we can expect a very significant negative impact on our agri-food sector.

“We are not reassured about claims that Australia will not be exporting significant amounts of beef to the UK or is seeking to replace imports from other countries.

“Australia is a very significant beef exporter and has the potential to increase exports further with a view to targeting the UK market.”

They say domestic producers will still be at a disadvantage despite a non-regression clause on animal welfare standards.

The letter states they have “little faith that these concerns are currently being taken seriously.”

A UK government spokeswoman said: “The government has always been clear that any deal would include protections for sensitive UK agriculture.

“Trade deals like the one agreed in principle with Australia will pave the way for us to access regional trading blocs like CPTPP (the Comprehensive and Progressive Agreement for Trans-Pacific Partnership) and we will continue to work with the farming industry, as well as the Scottish government and the Northern Ireland Executive, to help our farmers take advantage of these dynamic markets.

“UK farmers have a strong reputation for their high quality, high welfare produce. We put British farming at the heart of our trade policy and we have some of the most robust and transparent scrutiny arrangements in the world.”