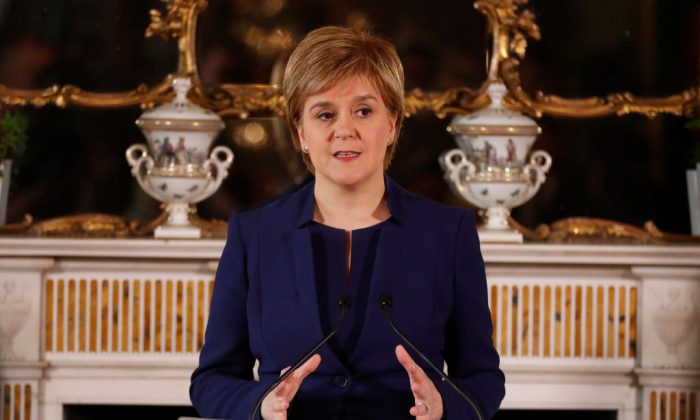 Scotland’s Sturgeon: ‘Hard Brexit’ Plan Is Dead in the Water

LONDON—Supporters of a so-called hard Brexit have been left “dead in the water” by British Prime Minister Theresa May’s failure to secure a parliamentary majority in last week’s election, Nicola Sturgeon, the head of Scotland’s devolved government, said.

“The Tory (Conservative) cabal kicking up a hard Brexit approach is dead in the water,” Sturgeon told Sky News television on Monday.

Sturgeon, leader of the Scottish National Party, has long opposed plans to take Britain out of the European Union’s single market, something May has previously said she plans to do in order to control migration from the bloc into Britain.

Sturgeon also said the election results “raises a very real question about whether this prime minister actually can put together a functioning government.”