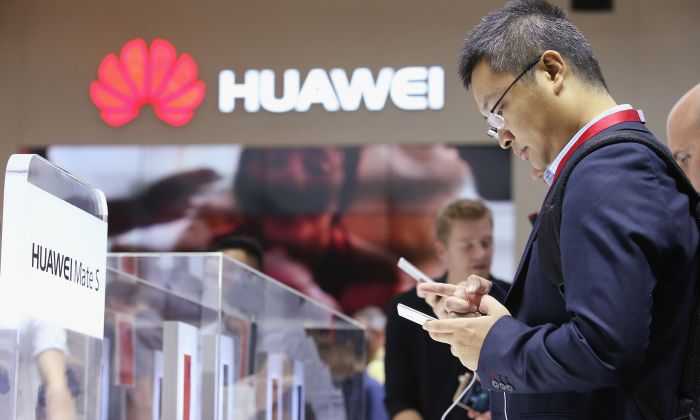 Locals in Hong Kong say their Huawei Mate 9, Mate 10, and other models of the Chinese tech giant’s smartphones have recently malfunctioned, suddenly shutting off and becoming unusable. The company said it did not have an immediate solution; customers could reinstall the phones’ system—but that would delete all the phone’s data.

Hundreds of Huawei smartphone owners expressed that they were dismayed at having to give up photos and videos that they took. Some of them said: “I won’t use Huawei anymore.”

On the early morning of May 29, the Huawei service center in the Mong Kok neighborhood of Hong Kong had about 30 customers waiting in line, seeking to repair their dead smartphones, according to a report by local newspaper Apple Daily.

By 5 p.m., the service center was still full of people. More than 10 customers were waiting to repair their Huawei smartphones, who said their phones had died in the morning.

A customer Mr. Lam told Hong Kong Oriental Daily that during late night on May 28, the screen of his Huawei smartphone turned white. Then, the phone could not turn on again. So he went to the service center for help.

Lam said that the service center spent two hours to repair his phone. While his phone did start working again, all his photos and documents disappeared.

Ms. Kwok, who owns a Huawei Mate 10, told local media Hong Kong 01 on May 29 that she bought her phone in March 2018. At 7 a.m. on May 29, she found that her phone was stuck in the middle of a system update. The phone’s screen was still lit, until the phone ran out of battery at night.

After she recharged her phone, it could not start up anymore, and the screen was all white.

“I use my phone to contact my customers for work. Today I couldn’t work because my phone died,” Kwok said. She hoped that the service center could keep the files and photos saved in her phone that are very important to her.

Mr. Lau has a Huawei Mate 9. He told Apple Daily on May 29: “When I turned my Huawei phone on this morning, it showed that it was upgrading the operating system automatically, as well as a music app. Then the phone stopped in the middle of updating and couldn’t even be turned off.”

The Huawei service center in Mong Kok said most of the malfunctioning smartphones encountered trouble while upgrading the operating system. So far the reason is unclear.

The service center proposed that customers completely reinstall the operating system which would need one to two hours. The phone can be used immediately after the reinstallation, but it would wipe out all the data, including contacts list, emails, photos, videos, music, and so on.

Ms. Wong, another Huawei customer with a malfunctioning phone, said she could not accept this solution because she saved many of her late mother’s photos and videos on the phone.

“They couldn’t answer anything. They are in chaos. Maybe they didn’t receive an instruction [from Huawei],” Wong said.

Eventually, the Huawei service center agreed to help Wong copy the documents out, but the center would need several days to finish this task, which means Wong would not be able to use her phone for a while.

So far, Huawei smartphones are the only devices with an Android system that have died while updating the operating system.

Fong said although Google recently announced that it would suspend some of its business with Huawei, the ban has not started. “I don’t think this accident has any relation with Google,” Fong said.

Earlier this month, U.S. Commerce Department added Huawei its 68 affiliates to a trade blacklist, effectively banning it from doing business with U.S. companies. Google was among a list of tech providers and chipmakers that announced it would suspend business with Huawei in order to comply with the new regulation.

Fong suggested that all Huawei smartphone users should not update the operating system for now, and turn off automatic updates.

Huawei responded to several Hong Kong media saying that it is aware of the situation and would need time to do an investigation and evaluation.

Since the export ban was announced, mobile carriers from the UK, Japan, Taiwan, and other countries have dropped Huawei phones from their lineup, owing to concerns that the U.S. restrictions would affect the phones’ maintenance.