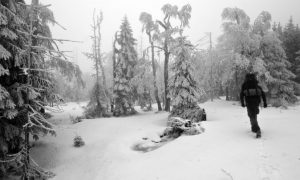 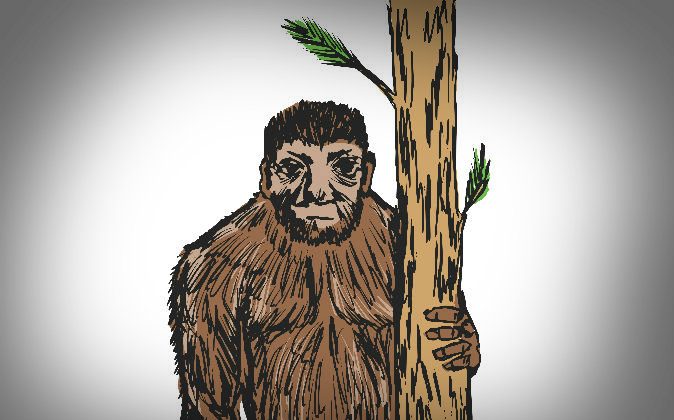 Bigfoot research is often the domain of amateur enthusiasts. But some highly educated scientists in relevant fields, such as primatology and anthropology, have expressed beliefs that Bigfoot exists or at least that he may exist and that this possibility should be taken seriously.

One such scientist, the late Dr. Grover S. Krantz, has been quoted by Bigfoot bloggers as saying: “Many major scientific breakthroughs are made by amateurs or by those who are only marginally involved in the fields in question.”

We will, however, take a brief look at some of the experts who have investigated Bigfoot. This is not a comprehensive review of their work or the evidence they feel supports Bigfoot claims, but simply an overview of some fascinating scientists who have often endured scorn from their colleagues but held fast to a belief that Bigfoot should be seriously studied.

An obituary for Dr. Krantz in the WSU magazine praises his more conventional contributions to anthropology, but also mentions: “Despite widespread criticism and damage to his professional reputation, Grover stood by the scientific evidence he gathered and the methods he used to support the existence of Sasquatch (Bigfoot). He even traveled to Russia and China to investigate similar stories of a very large bipedal ape.”

Arguably the world’s most famous primatologist, Jane Goodall has expressed her belief in Bigfoot. She is widely recognized for her groundbreaking discoveries related to the behavior of chimpanzees. She initially faced hostilities from established scientists even regarding her chimpanzee research, which has now been embraced by the scientific community at large.

Regarding Bigfoot, “I’ve talked to so many native Americans who all describe the same sounds, two who have seen them,” she said during an interview with National Public Radio’s Ira Flatow on Friday, Sept. 27, 2002. With a keen interest in the topic, she has read much about it. Goodall said the accounts from all over the world of similar such creatures lead her to believe that Bigfoot’s possible existence should be taken seriously.

She admitted in 2012 to the Huffington Post that no “smoking gun” has been found—no indisputable Bigfoot body—but, “I’m not going to flat-out deny its existence.”

“I’m fascinated and would actually love them to exist.”

Dr. Samuel Sentell has a private practice in neuropsychology in Louisiana. He holds Ph.D. degrees in medical science and psychology from Vanderbilt University. He is interested in studying Bigfoot from both a biological and a psychological perspective.

He wrote in a post on the Society for Scientific Exploration website in 2012: “Bigfoot/Sasquatch continues to be an area of great interest in our culture while science steadfastly resists examination of the anecdotal data in any comprehensive way. … Bigfoot phenomena are sometimes hoaxed but hoaxing can be studied within social psychology. Nevertheless, Bigfoot phenomena are not all hoaxes. Bigfoot is also an archetype of the human collective unconscious and can be studied within psychoanalytic, neuroethological and phenomenological disciplines.”

“Bigfoot is also an archetype of the human collective unconscious.”
— Dr. Samuel Sentell

Dr. Sentell said he has personally “found anomalous scat and hair as well as other anecdotal evidence supporting the possibility of Sasquatch.”

John Bindernagel, B.S.A., M.S., Ph.D., is a Canadian wildlife biologist. He has posted a photo of himself with Jane Goodall alongside his autobiographical snippet on his website. Goodall is holding up the cast of an alleged Bigfoot print Dr. Bindernagel said he found in British Columbia, Canada, where he began conducting field research in 1975.

“[I] am much more concerned with addressing ecological questions such as how it overwinters in the colder regions of North America, than with dwelling on the controversy of whether it does or does not exist.”
— Dr. John Bindernagel

He wrote on his website: “Wildlife biologists such as myself regularly depend on tracks and other wildlife sign as evidence for the presence of bears, deer, wolves, and other mammals, recognizing that tracks constitute a more reliable and persistent record of the presence of a mammal species in an area than a fleeting glimpse of the animal itself. I am satisfied that the Sasquatch is an extant (or ‘real’) animal, subject to study and examination like any other large mammal, and am much more concerned with addressing ecological questions such as how it overwinters in the colder regions of North America, than with dwelling on the controversy of whether it does or does not exist.”

Esteban Sarmiento, Ph.D., is a biologist and primatologist who has worked as a functional anatomist at the American Museum of Natural History. While he does not claim that Bigfoot exists, he admits the possibility that it does and encourages careful scrutiny of evidence.

He attended the annual Texas Bigfoot Conference in 2009 and commented on a purported video clip of a Bigfoot in northern California—the so-called “Patterson-Gimlin film” shot in 1967. He said, according to BigfootEncounters.com: “If it’s real, this animal is exceedingly human-like.” He said the “Bigfoot” movements shown in the film do not resemble those of great apes.

Dr. LeRoy Fish (1943–2002) received his doctorate in zoology and ecology from Washington State University. As a retired wildlife ecologist, he dedicated much effort as a consultant to the Bigfoot Field Researchers Organization.