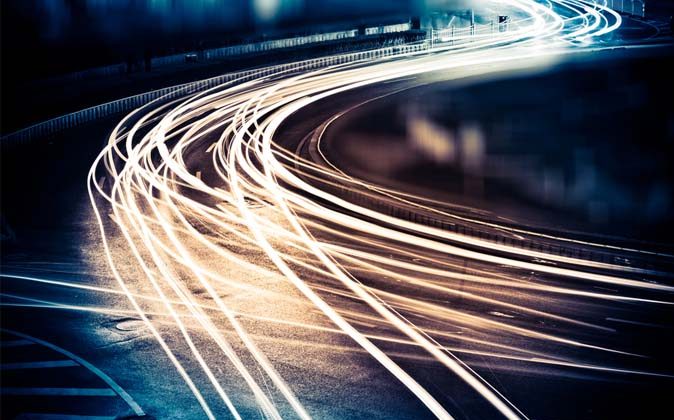 Slowing the speed of light particles, known as photons, as they travel through air was thought to be impossible.

“That the speed of light in free space is constant is a cornerstone of modern physics,” reads the study’s abstract, published Jan. 22 in the journal Science. Yet, researchers at the University of Glasgow and Heriot-Watt University slowed photons so they were several micrometers behind their time as they traveled the space of 1 meter.

Scientists already knew that photons could be slowed down as they travel through water, glass, or other such materials. But, the slowdown of the uninhibited photons was surprising. When water or glass slows light, it only slows it as the light passes through—once on the other side, traveling through air, the light resumes its normal pace.

In this case, however, the researchers passed the light through a special material that caused the light to remain in this slower-moving state even as it traveled through air afterward. It did not resume its normal pace.

This special material, or mask, was a software-controlled liquid crystal device.

“That mask patterns the light beam, and we show that it’s the patterning of the light beam that slows it down,” Glasgow University Professor Miles Padgett told the BBC. “But once that pattern has been imposed—even now the light is no longer in the mask, it’s just propagating in free space—the speed is still slow.”

Quantum physics is at play in this patterning.

Quantum physics is at play in this patterning. Photons exhibit a wave-particle duality, according to quantum physics. Photons can exist as either a wave or a particle. The researchers manipulated the photons’ shape with the mask and thus caused them to slow down.

*Image of light beams via Shutterstock